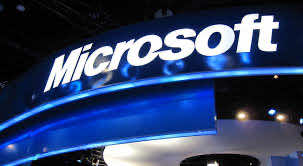 he European Commission fined US giant Microsoft 561 million euros ($730 million) Wednesday for failing to provide clients with a choice of Internet browser, as it had promised to do.

The Commission said this was the first time it was sanctioning a company for the failure to satisfy a previous EU complaint, making this a “very serious infringement.”

In 2009, the Commission required Microsoft to offer clients a choice of web browser through to 2014 after complaints it was restricting them to its own brand product.

“Such decisions require strict compliance. A failure to comply is a very serious infringement that must be sanctioned accordingly,” he added.

However, an investigation found that for the roll-out of Windows 7 in the period May 2011 to July 2012, some 15 million clients had no web browser choice for that time.

Microsoft has acknowledged the failure, which it put down to technical problems.

The EU has had a series of disputes with Microsoft, fining the company 899 million euros in 2008, subsequently reduced to 860 million euros, for failing to comply with an order to share product information with rivals so that their software could work with Windows.

Under EU law, a company found to have breached commitments made to resolve competition cases can face a fine of up to 10 percent of annual sales. In 2012, Microsoft posted sales of just under $74 billion.

The single biggest EU anti-trust fine was against Intel at 1.06 billion euros in 2009.