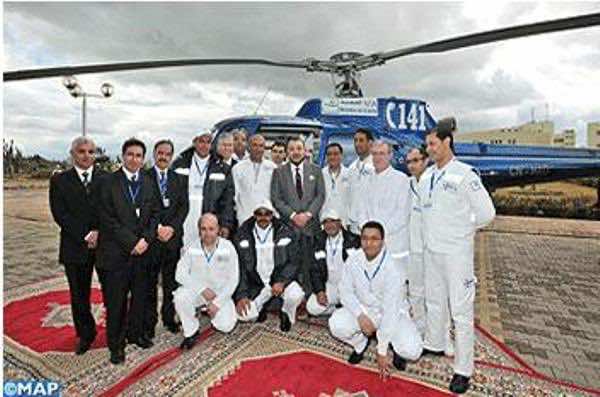 By launching, Tuesday, the National Plan for Emergency Medical Care and inaugurating the oncology hospital at the Hassan II university hospital, King Mohammed VI has given a strong impetus to emergency medical and outreach services, both regionally and nationally.

These initiatives, which have a strong social impact, are consistent with the royal speech of August 20, 2012, in which the King had said that there is a need to create an environment conducive to greater access to housing, healthcare and to the various community facilities, and attest to the special interest the King takes in improving care and hospitalization conditions for the patients in need of emergency medical interventions and those with cancer.

The National Plan for Emergency Medical Care revolves around five main areas, namely improving pre-hospital and hospital emergencies, strengthening training and supervision of medical and paramedical staff, developing public/public and public/private partnerships, and promoting the regulatory framework in this area.

At the launch of the plan, the health minister, El Houcine El Ouardi gave a presentation in which he pointed out that as part of improving pre-hospital emergencies, eleven medical regulation centers were set up, besides the progressive operation of the single national toll-free number of medical emergency calls, strengthening and standardizing the ambulance fleet, creating 20 new emergency medical services (SAMU) in rural areas, and establishing fifteen mobile intensive care units (SMUR) and the acquisition of four SMUR medical helicopters.

As regards improving emergency care, it hinges on operating 80 medical emergency community units, including 30 in 2013, upgrading and strengthening resuscitation services at regional and university levels and developing specialized medical emergencies, he said.

Afterwards, the King visited a stand displaying a sample of the various equipment for the different university hospitals of the Kingdom acquired as part of the National Plan.

The Oncology Hospital at the Hassan II university center, inaugurated by the Sovereign, has a medical oncology department, a radiotherapy department, a curietherapy unit and a nuclear medicine department.