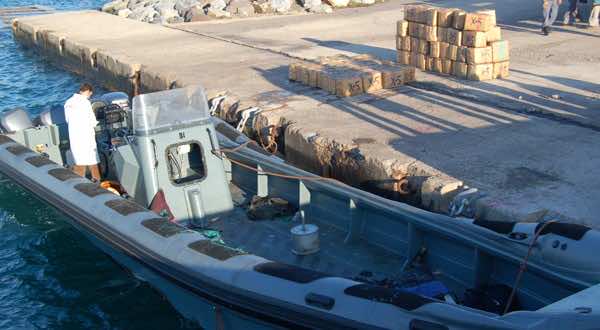 Morocco’s strategy to fight drugs and its readiness to share its experience in the field and cooperate with the international community, mainly specialized bodies, were highlighted anew on Tuesday in Bogota.

The yearly 2012 report by the International Narcotics Control Board (INCB) underlines that the fight against international drug trafficking network is at the heart of the Moroccan counter-drug strategy.

The INCB, an independent UN body, notes that in order to counter the use of the national territory as a transit area for international drug trafficking, the Government has taken a number of measures such as operational capacity-building for various security sectors, the introduction of a policy for border and coastal control, the provision of continuous training programmes for law enforcement officers, the utilization of new detection technologies in seaports and airports, the development of strategies to prevent and combat the use of light aircraft in drug trafficking and improved international cooperation activities with other countries, in particular through INTERPOL.

The Board notes with appreciation that the Government of Morocco has implemented the recommendations of the Board following its mission to that country in 2009. Specifically, controls over the licit movement of narcotic drugs, psychotropic substances and precursor chemicals have been further improved through the introduction in January 2011 of harmonized administrative procedures and the use of standardized forms.

The national commission on narcotic drugs of Morocco has taken steps to improve dissemination of information on demand reduction. Furthermore, the Board was provided with a compilation of studies carried out in Morocco on the extent and pattern of drug abuse in the country.

In its chapter on Morocco, the report said that, according to the Government, the area under illicit cannabis plant cultivation stood at 47,400 hectares (ha) in 2010. It says that the Government employs a multifaceted strategy that encompasses law enforcement efforts, eradication of illicit drug crops, alternative development programmes and demand reduction and treatment efforts to overcome the cannabis plant-growing culture that has historically existed in northern Morocco.

The Board notes the steps taken by the Government to share its experience and good practices in the field of combating illicit cannabis plant cultivation. It encourages the Government to continue its efforts against illicit cannabis cultivation and trafficking, to continue to collect and analyze pertinent statistical data on the extent of cannabis cultivation in the country, and to share its experiences with the international community.

The Board notes that the issue of accessibility of medicines, including opioids, has been included in the plan of action for the period 2012-2017 of the Ministry of Health of Morocco, with a view to addressing regulatory constraints at the national level. The Board welcomes this measure and encourages the Government to make further progress in improving the availability of licit drugs for medical purposes.