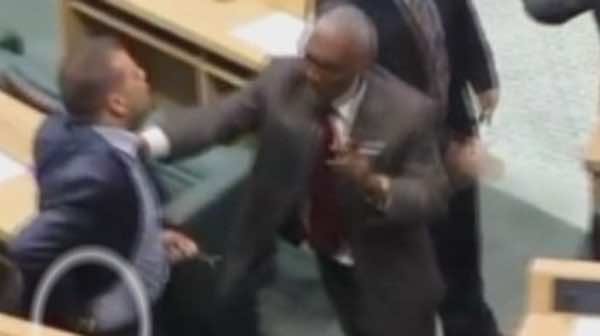 A Jordanian MP, angered by a fellow deputy accusing the premier of corruption, tried to draw a pistol during a session of parliament on Wednesday but was circled by colleagues who talked him down.

Videotapes of the incident showed Adwan reaching for his belt to pull out a pistol and then being surrounded.

Atiyeh said he suspended the session until Thursday, when the question of carrying arms inside parliament will also be on the agenda.

Last July, an MP got into an argument on a television talk show. He first took off his shoe and threw it at his adversary, then pulled a revolver from his belt and pointed it at him.

He eventually put the gun away.