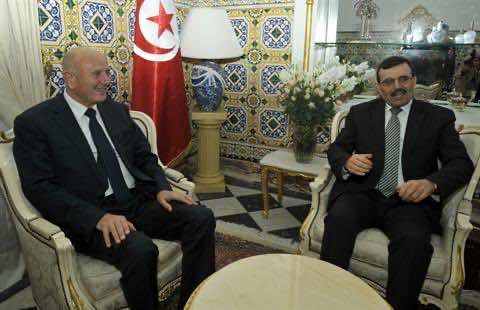 With less than 48 hours before a constitutional deadline, Larayedh, an Islamist and the outgoing administration’s interior minister, left open the possibility of failure as he prepared to meet party leaders.

“We have held talks with the parties individually and then in groups. Now we are going to discuss the makeup of the government. Much of it is agreed but some points remain,” he told Mosaique FM radio.

“Failure doesn’t scare me because what is asked of me is to have a clear conscience and make the maximum effort. Everyone will have to take responsibility for the result,” Larayedh said.

He was tapped to head a new government on February 22, with a two-week deadline to present his team and government program to President Moncef Marzouki. The deadline runs out at midnight on Friday.

Two of six movements which have taken part in the talks on forming a new lineup walked out on Wednesday, with disputes centred on the key posts of interior and justice ministers.

Tunisia has been in a political crisis since the February assassination of leftist politician Chokri Belaid, a vocal critic of the Islamist-led government.

That led to the resignation of prime minister Hamadi Jebali after he failed to forge a non-partisan government of technocrats when his ruling Islamist party Ennahda refused to support his efforts.

While Ennahda, to which Larayedh also belongs, has made a key concession in accepting that key ministries be entrusted to independent candidates, the parties have so far failed to agree on the names of the ministers.

If a cabinet is not named by Friday night, Marzouk must choose another politician to try to form a government.