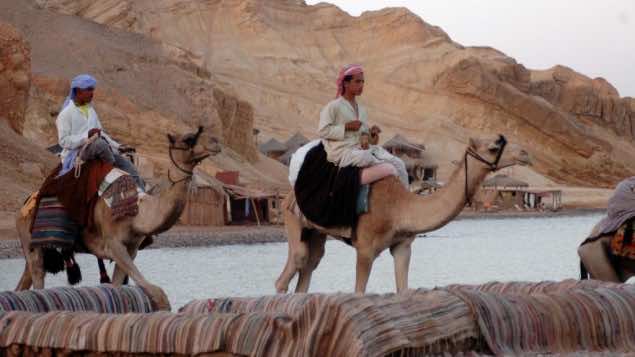 The British husband and wife were kidnapped from a bank in a town as they headed towards the Red Sea resort of Sharm el-Sheikh, the official said.

The kidnappers told reporters they demand the release of four people held over arms trafficking.

The British Foreign Office said it was investigating.

“We’re aware of reports about it and are looking into those at the moment to clarify the situation. We would urge restraint … due to the sensitivity of the incident,” a foreign office spokesman told AFP.

Since an uprising overthrew president Hosni Mubarak last year, the Sinai has grown ever more lawless.

The Bedouin have pressed hard for the release of captive tribesmen they say have been sentenced unfairly on charges ranging from terrorism to drug dealing and people trafficking across the border into Israel.