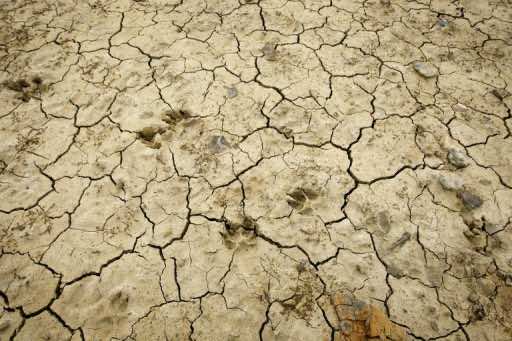 Governments worldwide are failing to do enough to tackle drought, which lacks the headline-making punch of a hurricane but can have an equally devastating human and economic impact, the UN weather agency warned Thursday.

“A flood or hurricane is over within hours or days. A drought can last weeks, months, a season, a year. But droughts can cause as many deaths over time as any other natural disaster,” said Robert Stefanski, head of World Meteorological Organisation?s (WMO) agriculture division.

Droughts in recent years have struck regions ranging from the Horn of Africa and the Sahel, China, India, Mexico and Brazil to the United States, Russia and southeastern Europe.

Droughts are estimated to affect tens of millions of people and cause tens of billions of dollars in economic losses every year.

They are expected to increase in frequency, area and intensity due to climate change, yet effective policies are missing, the WMO said.

“Drought, as opposed to any other natural disaster like floods or frost or whatever, is a very slow, creeping phenomenon,” said Mannava Sivakumar, who runs the WMO’s climate prediction and adaptation division.

The WMO and other UN agencies have convened a meeting in Geneva next week in a drive to get governments to rethink how they handle the problem.

Worldwide, only Australia has a national drought policy requiring different parts of its administration to work together to tackle the issue, the WMO said.

“Often governments don’t have any plan in place and then after droughts come, it’s a reactive approach, the reaction starts, a lot of donor money pours in,” said Sivakumar.

It makes far more sense, he said, to take advantage of advances in forecasting science, which provide early warning of whether a drought is looming well before it is obvious on the ground.

That enables farmers to adapt the crops they sow, for example, or officials to model a targeted aid effort.

Even in poor countries, communications technology enables warnings to be spread quickly, with mobile telephones having massive potential.

“In India, we have 500 million farmers, and almost 400 million of them have mobile phones,” said Sivakumar.