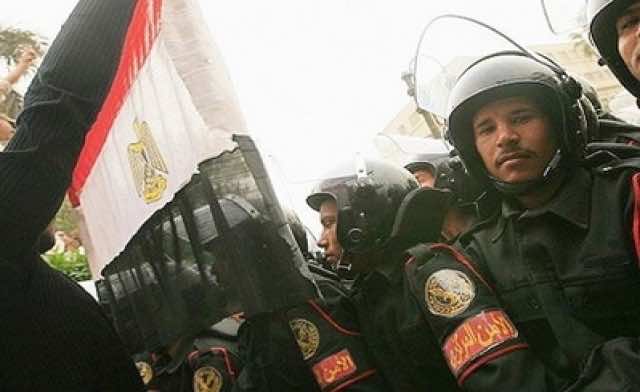 Policemen across Egypt staged a strike on Thursday to demand the resignation of the interior minister, saying they no longer wanted to be used as a political tool, security officials said.

The discontent began weeks ago with isolated pockets of protest, but by Thursday police were on strike in areas of Cairo, Alexandria, the Nile Delta, the Suez Canal provinces, southern provinces and the Sinai peninsula.

Dozens of officers closed the Qasr al-Nil police station in Cairo, demanding the sacking of Interior Minister Mohammed Ibrahim, who they say is working with President Mohamed Morsi’s Muslim Brotherhood to use the force in a political battle.

The police want a law to clearly lay down their powers and duties, and have also demanded weapons to deal with ongoing political protests.

In the Mediterranean city of Alexandria, hundreds of central security force (CSF) conscripts withdrew from the security headquarters, saying they refused to protect the building any more, state television said.

Hundreds of central security officers are on strike in the Nile Delta province of Daqahliya, with police shutting down several police stations.

“We just want to stay out of politics,” one told a private satellite channel.

“We want to know what the ministry wants. We will not confront the people any more. The protesters are our relatives. We are losing our people and our brothers. My brother is a protester,” the officer said.

The police, particularly the CSF, have been engaged in violent and deadly street clashes with protesters, turning the public even more against an already reviled institution long accused of abuses.

“We want a law to protect us. They tell us to confront the protesters, then when we do we are put in jail,” the officer said.

The interior ministry has been the main apparatus of repression in Egypt for decades, and its heavy-handed tactics were a driving force behind the uprising that toppled Hosni Mubarak in 2011.

Activists have long called for a complete restructuring of the ministry and police.