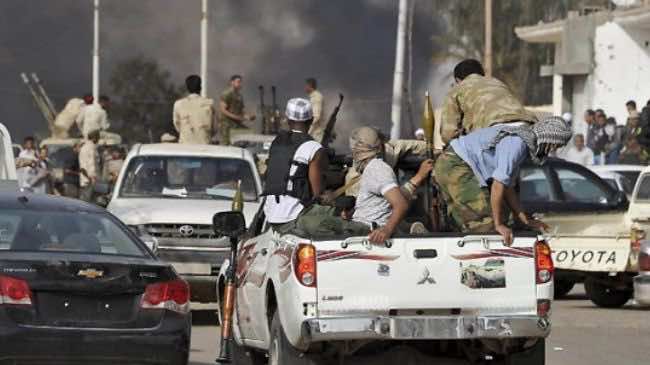 Thousands of people have been displaced following tribal clashes in Libya’s western Nafusa Mountains region, the International Committee of the Red Cross said on Thursday.

“Over the past three days, thousands of people have been displaced by tribal clashes in Libya’s Nafusa mountains,” the Red Cross said.

“In cooperation with the Libyan Red Crescent, the International Committee of the Red Cross is delivering food, medicines and other essential aid to more than 3,000 people who fled their homes to seek refuge in nearby towns,” it added

The ICRC said the fighting erupted on March 2 in the town of Mizdah, southwest of Tripoli.

The defence ministry earlier said a security agent was killed as government forces tried to restore order in the region but did not gave a toll from the fighting between the Mashashia and Gontrar tribes.

In June, a week of fighting between the two tribes reportedly killed more than 100 people.

The Mashashia are accused having backed Moamer Kadhafi’s regime in last 2011 uprising that toppled the veteran dictator, and of sheltering criminal elements.

Since the overthrow of the now slain Kadhafi in October 2011, there have been a spate of deadly clashes between rival tribes and ethnic groups, particularly in western and southern Libya.

The proliferation of heavy weapons outside government hands during the uprising has meant that some have been very violent.