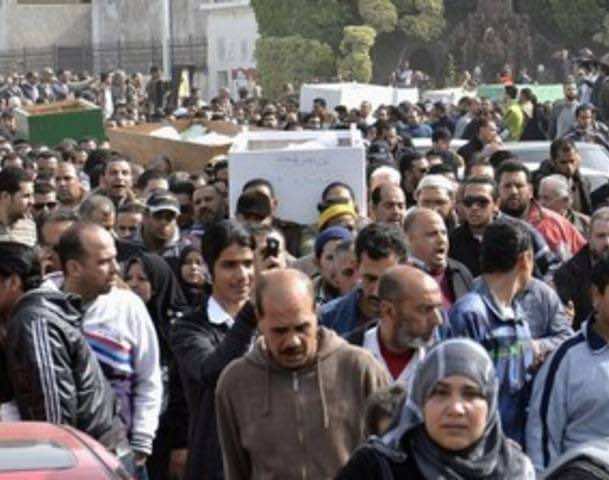 Egyptian police fired tear gas at protesters as clashes resumed on Thursday in Port Said, a canal city that has become a thorn in the side of Islamist President Mohamed Morsi’s beleaguered government.

The daily clashes resumed after protesters marched on the police headquarters, which they had already set ablaze on Tuesday, chanting “the interior ministry are thugs,” an AFP correspondent reported.

Police fired tear gas as soldiers, deployed in the city since late January, moved in to guard the police building.

The unrest in the Suez Canal city, fuelled by January death sentences handed down to football fans over deadly rioting last year, flared again on Sunday, with six people, including three policemen, dying in the clashes.