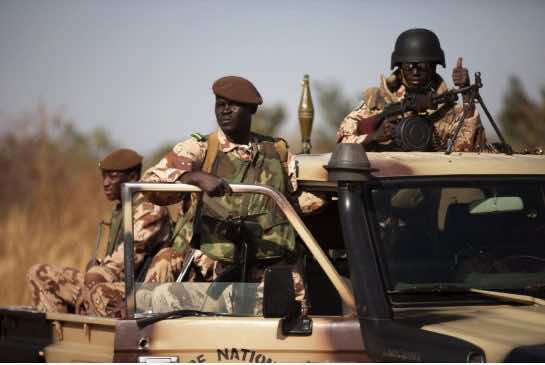 French forces, supported by the armies of Mali, Chad, Niger and Burkina Faso have accomplished a real military prowess on the field these last days. In just a little over a week, the operation “Serval” has defeated all terrorist groups who were active in the grey area of northern Mali. Today, with the exception of some elements entrenched in the remote caves of the Ifoghas, terrorists of AQIM, Ansar Eddine and Mujao have either been killed, severely wounded or captured.

The loss rate is particularly high in the ranks of terrorist emirs. Moreover, Islamist terrorism experts are surprised by the speed with which terrorist groups have been defeated.

“Algiers had been saying for years that this region was a powder keg and that any foreign military intervention would turn into massacre.

On the ground today, things seem to evolve positively in favor of the coalition led by France, “with losses much lower among the forces of operation Serval,” says a former top executive of the France’s General Directorate for External Security known by its French as DGSE.

The same source adds that the French expected that the Algerians would arrest individuals within their borders, since many terrorists are hiding in southern Algeria. “It’s still strange that the Algerian army reports no clash with terrorists on the run,” exclaimed a Chadian journalist following operations from Bamako.

In Algiers, the success of the operation irritates generals. “The relative ease with which France has dislodged the terrorists casts doubt on the Algerian strategy in the region. Algerians have procrastinated for years, slowing Western military action and allowing terrorist groups to flourish in the Azwad “admitted a former militant National Movement for the Liberation of Azawd who fled to Paris.

It is, therefore, clear that as the French and their allies secure the region, Algiers feels more cramped. On this issue Algeria has clearly failed.