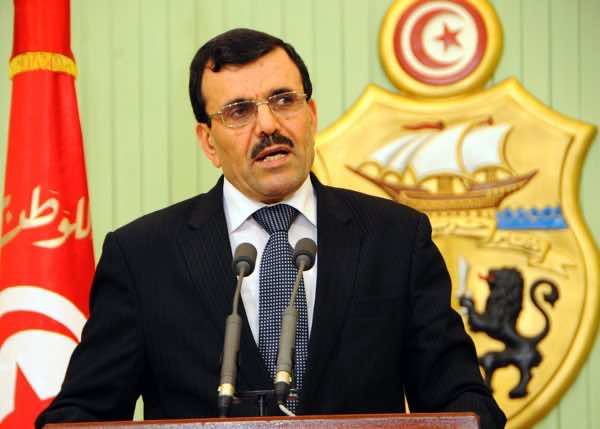 Ali Larayedh, the Islamist politician set to become Tunisia’s next prime minister after announcing a new government lineup on Friday, is seen as a moderate and a man of dialogue but failed to forge a broad coalition.

Larayedh vowed to head a government “for all Tunisians” when he was tasked with forming a cabinet last month and resolving a political crisis triggered by the February 6 assassination of leftist opposition leader Chokri Belaid.

But two weeks of “marathon negotiations” failed to win over the three opposition parties that he had hoped would join his government, leaving him with the two secular parties allied to Ennahda, the ruling Islamists in the outgoing coalition.

True to his reputation for compromise, however, Larayedh said his new team was made up from the coalition parties and independents, with key portfolios — which were at the centre of a tug of war between Ennahda and the opposition — given to independents.

Larayedh, 57, who was tortured under ousted dictator Zine El Abidine Ben Ali, has belonged to Ennahda since it was founded in 1981 and was president of its consultative council in the early 1980s, before rising to the head of its political bureau.

Ennahda triumphed in Tunisia’s first free elections, in October 2011, 10 months after the uprising that toppled Ben Ali, and became the main party in the coalition government, taking the key interior, foreign and justice ministries.

Larayedh, with his thick black moustache and glasses, was appointed head of the interior ministry, which for years had persecuted him and his party.

His achievements in government over the past 14 months have been mixed, with accusations often levelled against him of complacency towards the rising threat of violence from Tunisia’s hardline Salafists, who have been blamed for Belaid’s murder.

He was criticised in particular for deploying insufficient security around the US embassy in Tunis last September that was attacked by radical Islamist protesters.

But he has also been a thorn in the side of the Salafists, and has been repeatedly denounced by fugitive jihadist leader Abu Iyadh, who is suspected of organising of the embassy attack.

Opposition leaders have praised Larayedh for being reasonable compared with other senior Islamists of his generation.

The former naval engineer, who is married and has three children, suffered under the secular regimes of Ben Ali and his predecessor, Tunisia’s founding president Habib Bourguiba.

Arrested and sentenced to death in 1987, he was pardoned along with other Islamists on death row when Ben Ali seized power months but was rearrested in 1990 and eventually jailed for 15 years, 13 of which he spent in isolation.

The Islamists were repressed during Ben Ali’s reign, and Larayedh was tortured in prison like many of his colleagues in Ennahda which now rules Tunisia.

“I almost died several times in the jails of the interior ministry. But I mark the difference between that period and now. The revolution came to advance and establish a transitional justice and not to seek vengeance,” he has said.