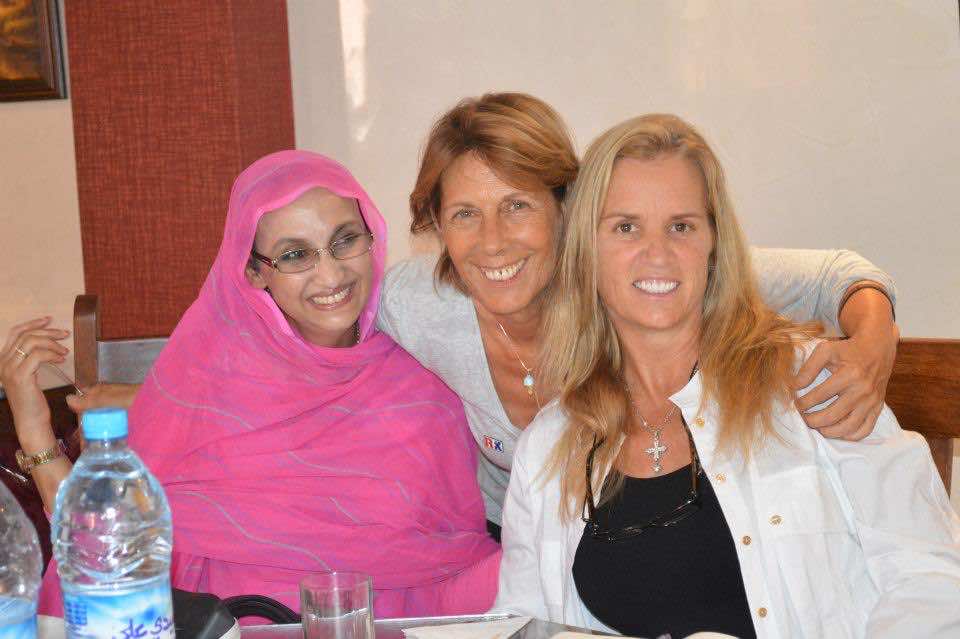 Unquestionably noble and baronial is one’s cause when it fixes as its primary concern the well-being of humans. Whether it is an organism promoting the right to education in marginalized rural areas, or an intellectual, political or literary movement that strains for women’s emancipation in the social sphere, for instance, such ‘human enterprises’ direct all spotlights at man (in its universal sense) as the center of the world, thus striving by all means to defend his rights from any perceptible threat or violation.

It is no coincidence, however, to come across an antithesis even to the noblest cause, or across a vitiated version of a cause that was once so innocent that it has been always glorified for maintaining people at the center of its limelight. Lamentably, however, in those scenarios of conscious/unintentional naivety or ideological bias, wherein one presumes or pretends to stand in defense of such a universal cause as that of human rights, we become an audience to a masqueraded cause, one that obligates you to leave your seat way before the low-quality comedy touches its end.

Kerry Kennedy, a name that reverberates incessantly in the terrain of human rights activism, is one of those lamentable tragic heroes, whose flaw—the delusive claim to know what is right and what is not—leads her followers stepwise towards a dead end, a misfortune, by virtue of which they spend the rest of their lives questioning what wrong move they made in their most decisive chess game. Kerry Kennedy has chosen to play chess on the golden land of Moroccan Sahara, a choice that is no longer a surprise now that many alien entities seem to make of this particular land a scene on which they receive the attention they so undeservedly yearn for.

Kerry Kennedy plays chess on the wrong table. She is playing a chess game named ‘human rights activism’. Yes, maybe she has scored invaluable points playing this game on other lands, in different settings, and recorded commendable achievements. But it is this very intricate ‘Sahara Chess Championship’ that she immersed herself in that will bring decay to the reputation she gained over time playing her favorite game elsewhere.

Kerry Kennedy plays for the camp of losers, not even to say pre-beginners, in this wicked chess game, which a large segment of the globe has lamentably consented to term ‘The Western Sahara Conflict’. Whose conflict is it? On what firm historical bases is this binarism constructed between Morocco, the nation whose roots in history have reached the core, and Polisario, a microscopic germ by which history had passed and refused subscription? Such an entity will certainly echo in our ears, and those of the next generation for long enough.

Kerry Kennedy’s bias is so extravagant that even a child who still does not discern abstract notions would laugh at it out loud. Is she in this chess game for the money, for the fame or for a naïve self-destructive tendency, in which she stands on the railway facing the train of imminent universal humiliation. As it seems, Polisario sells good-quality plots about innocence, and Kerry Kennedy, apparently bought one of those plots and does not hesitate to read it aloud whenever she is accorded the opportunity to.

Kennedy’s short story is entitled “Moroccan Human Rights Violations in Western Sahara,” a title whose components seem to have been placed in acute disorder; rather, if we take time to put puzzles in their adequate spots, it would read, genuinely, “Western Human Rights Violations in Moroccan Sahara.” ‘Western’ here comes in the sense of ‘the alien’ within; that is, the Polisario.

Her plot has been selling considerably, but is that the only source of income she has? Is it a short story of human rights activism that brings her ‘all that she needs’, or is those, for whom she seems to write a great portion of the distorted scenario about Moroccan Sahara, the ones who pay millions for every paragraph. If one probed her scenario on the Moroccan Sahara with plagiarism detection software, one would find an identical copy already published by the Polisario and its proponents.

The reason I have been naming the land under conflict ‘the Moroccan Sahara’ and ‘the Western Sahara’, similarly to those who design geographical maps for reports in the UN, claiming neutrality and objectivity, is way beyond my basic sense of belonging and patriotism. The Sahara is Moroccan because history says so, because any one with the basic ability to read (accurate) history is able to deduce that what is now under conflict is one more fruit of the multifarious damages engendered by the greedy claws of European colonial expansion.

Way before that, the ‘golden land’ was ruled by ‘lions’, the same lions who have been ruling over the Atlas mountains up to now. Deplorably, rabbits annexed the golden land whilst lions were asleep, but no matter how long this chess game will last, and no matter how many ‘Kerry Kennedys’ or ‘Javier Bardems’ will play against the lions in such a lengthy, abrasive chess game, the sands will never approve of any rulers but of those who liberated them once.