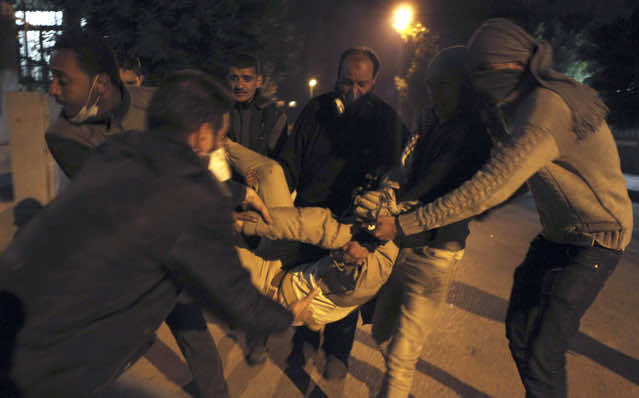 A court in Cairo was set on Saturday to deliver a verdict on 52 people allegedly involved in a deadly football stadium riot, in a case that has already sparked widespread violence and threats of further unrest.

In late January the court sentenced 21 defendants — out of the total 73 people accused in the case — to death, sparking riots in Port Said, home to most of the defendants and where the 2011 stadium violence took place.

The court, sitting in Cairo for security reasons, was also due to confirm the death sentences for the first 21 defendants it issued on January 26.

In Egypt, courts ask for the opinion of the mufti — the government’s interpreter of Islamic law — when they issue death sentences.

The procedure is a formality, with the mufti almost always agreeing within a month. But the Islamic official has yet to weigh in on January’s sentencing, demanding more time to study the case.

Legal experts say the court may decide to postpone upholding the death sentences for the initial 21 defendants to give the mufti more time.

Ahly fans, who have a reputation for organising sometimes violent protests, have warned police that they would retaliate if the defendants, including nine policemen, are exonerated.

But stiff sentences are likely to further inflame Port Said, were dozens of protesters were killed in clashes with police after January’s initial verdict.

The interior ministry decided on Friday to hand over its flashpoint headquarters in the city to the military, present in Port Said since late January, to avoid further confrontations after days of unrest.