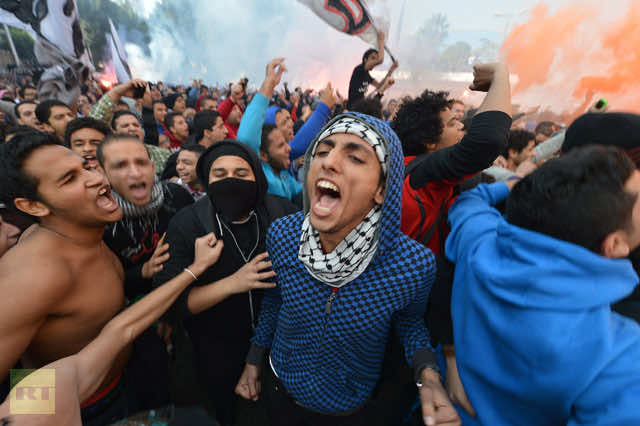 The headquarters of the Egyptian Football Association were set ablaze on Saturday, minutes after a police officers’ club
was torched following sentencing over a deadly football riot last year.

Firefighters were working to put out the fire which spread through the building located in the same neighbourhood as the officers’ club, an AFP reporter said.

The unrest comes hours after a court upheld death sentences for 21 defendants over a deadly football riot in Port Said last year and handed down life sentences to five defendants, with 19 receiving lesser jail terms and another 28 acquitted.

In Cairo, fans of Al-Ahly football club, whose members were killed in the February 2012 stadium riot in Port Said in which 74 people died, had warned police that they would retaliate if the defendants, including nine policemen, were exonerated.