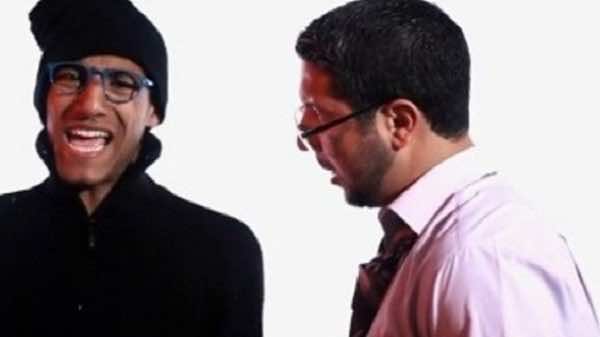 The Moroccan music scene has been recently flooded with a series of rap songs that revolve around Prime Minister Abdelilah Benkirane and the performance of his government.

Hazeb has recently released a song called “You understand me or not?” after the phrase Benkirane uses repeatedly whether in his speeches or his informal conversations.

Hazeb slams privatization which, he says, means “selling the country in installments” and the rampant class distinction between the poor who are getting poorer and the rich who are getting richer.

The song tackles a variety of political and social issues in Morocco and sheds light on reforms that need to be implemented.

For example, the song criticizes the performance of the parliament which, according to Hazeb, has turned into a place for exchanging jokes and playing cards. He also criticizes the government’s inability to deal with the rising rate of road accidents, which he describes as lethal.

On the other hand, Chekhsar’s new single, sung to the tune of the Korean hit Gangnam Style, supports Benkirane and criticizes the opposition.

In the song called “Go Benkirane,” Chekhsar lashes out at the opposition for their demands that he calls “impossible” like eliminating the gap between classes so that all the people “would live like Americans.”

Chekhsar adds that the opposition provokes the government through inquiring about the possibility of forcing women to wear the headscarf or closing bars, concerns actually voiced following the coming to power of an Islamist-led government.

According to Chekhsar, the song addresses all factions that criticize the government for the sake of criticism and this applies to opposition figures as well as fellow rappers.

“I assumed the role of the opposition and started criticizing Benkirane in a farcical manner to reveal that his critics are just obsessed with criticism,” he told Al Arabiya.

“It has become impossible. They are blaming Benkirane for everything that happens in the country.”

Chekhsar noted that Benkirane’s government has a difficult mission and is faced with numerous challenges and therefore needs the support of the Moroccan people.

“That is how Benkirane will be able to fix what those factions, which are now in the opposition, has been ruining throughout the past decades,” he concluded.