Morocco World News
Home Opinion When does one become an adult ?

Something really odd happened to me today. I came across one of the hardest questions I have been asked in a long time. It wasn’t related to the thesis I’m writing, or to my future career, or to a harsh decision I had to make. It actually came from a dentist I called to make an appointment. The lady asked me « Is it for a child or an adult? ». It might seem like a simple question most people wouldn’t even pay attention to, but I found myself speechless.

According to the United Nations’ Convention on the Rights of the Child, « a child means every human being below the age of eighteen years unless under the law applicable to the child, majority is attained earlier ». I’m 22 years old, so I guess technically I am considered an adult.

However, many things in my life make me wonder if it is how I consider myself. Some will say that one becomes an adult when they become independant. I am engaged to be married, but I am still a student and depend on my parents when it comes to funding my education, accomodation and daily expenses. I left their home way before I turned 18, lived abroad by myself, have had many jobs. But does that really count ?

Entering adulthood isn’t only about how one feels. It also has to do with responsabilities, rights and duties. Did I automatically become responsible and sensible the day I turned 18? Probably not. My legal rights and obligations changed that day, without me even noticing. But what happens to someone who supposedly « becomes an adult » in a refugee camp in Syria or Sudan? Are they only put in the other category in statistics? Do they lose access to the food that was provided by UNICEF and child-oriented NGOs?

One can emigrate to the European Union with their underage children through family reunification laws. As stated in the Directive 2003/86/EC of 22 September 2003 on the right to family reunification « It is for the Member States to decide whether they wish to authorize family reunification for […] adult unmarried children », meaning one can be separated from their family the day they turn 18 (for most European countries). This implicitly states that someone does not need their parents’ or anyone else’s protection when they « become adults ».

The limit between childhood and adulthood is very thin. Some cross it later than they are expected to, others do it early, and some never do. It is a feeling, a status, that has great impact on one’s life.

I’ll go to my appointment as an adult, even though I don’t always feel like (and want to be) one.

Feel free to react and tell me when you think one becomes an adult. 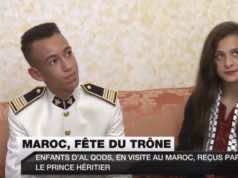