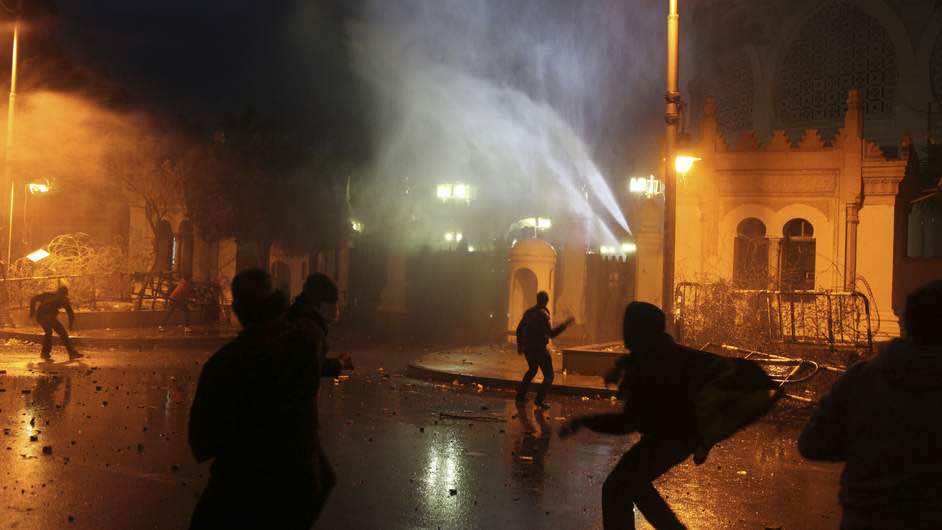 A protester was shot dead on Saturday in fresh clashes with the police in central Cairo, an AFP reporter and medics said.

An AFP correspondent saw the protester being brought to a mosque in Tahrir Square with gunshot wounds, with medics confirming he was dead.

The head of Egypt’s emergency services, Mohammed Sultan, said separately that a protester “suffocated” after inhaling tear gas, and “died in the ambulance on his way to hospital.” It was unclear if it was the same victim.

Clashes erupted between police and hundreds of people after a protester was hit by birdshot at close range by police, according to witnesses.

Police fired tear gas and birdshot as the clashes intensified on a large avenue on the banks of the Nile.

Angry crowds hurled rocks at the police and threw a petrol bomb at a luxury five star hotel in the area which houses several embassies.

Sporadic clashes have been going on for weeks on the Nile corniche, close to Cairo’s Tahrir Square, but the numbers swelled on Saturday.

The clashes come after earlier unrest in the capital, which saw a police officers’ club and the football federation building torched following a verdict over a deadly football riot last year.

A Port Said court, sitting in Cairo for security reasons, confirmed death sentences for 21 defendants and handed down life sentences to five people, with 19 receiving lesser jail terms and another 28 acquitted.