Morocco World News
Home Highlights on Morocco A PJD MP accused of murdering a student in Fez in the... 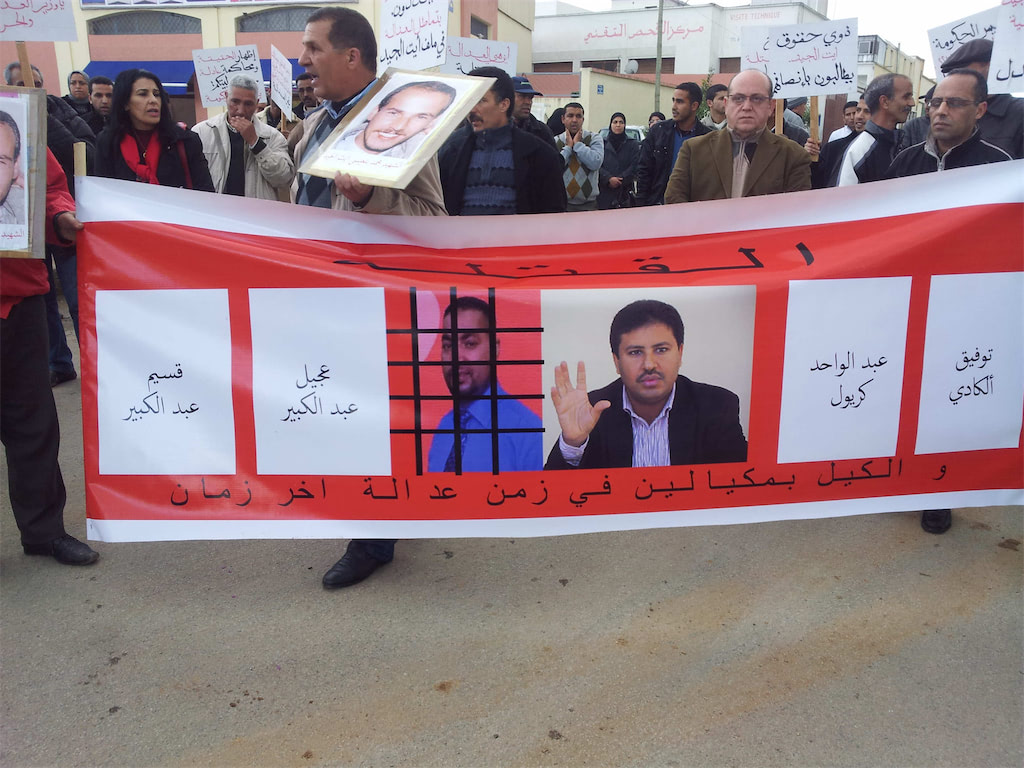 Abdel El Ali Hamid Eddine, a member of the Parliament from the Party of Justice and Development, is among the accused of murdering a student in the University of Fez in 1993.

A group of supporters of the family of the victim organized a sit-in on Saturday in Fez to demand that the “truth” surrounding the assassination be revealed and that all those involved in it be brought to justice.

Mohamed Ait Benaissa Ait El Jid, a leftist student, was murdered in February 1993 in Fez when he was leaving the campus of the University Mohammed Benabdellah. Police arrested Omar Mouhib, a member of Jamaat Al-Adl Wal Ihssane, who was presented as the main accused in this case.

On September 11, 2007, the Court of Appeal of Fez had sentenced Mouhib Omar, a member of Jamaat Al Adl Wal Ihssane to 10 years in prison for having participated in the murder of Mohamed Ait Ben Aissa El Jid.

20 years after the political assassination of Aït Ljid Benaissa, the judge of the Second Chamber of the Court of Appeal in Fez decides to hear three new defendants, all belonging to the Justice and Development Party (PJD), a source acquainted with the topic told MWN on Saturday.

A complaint to the Minister of Justice and Liberties included several names accused by Aït Ljid family, including those of Abdelali Hamiddine, the current PJD leader, active at the time in the faction “Al Islah wa Tajdid.”

The judge decided to conduct a thorough investigation on the case of El Jid next April 29. All defendants are on bail.

Last September, the family of the murdered student had issued a statement, calling for “disclosing the whole truth” regarding the killing of their son. The statement, which was obtained by MWN, pointed the finger to a member of the general secretariat of the PJD.

Ait Eljid Mohammed Benaissa was a member of the faction of the Progressive Marxist. He was previously jailed in Fez. The family said that after his assassination, their son’s remains were taken from Fez to Tata, southern Morocco.

A colleague of Ait Eljid, who was an eye witness of the murder, was imprisoned for two years and was subject to an attempt of killing. Elhadioui Elkhmar is still suffering physically and psychologically, according to the statement.

The family insists that the murder was politically motivated. Ait Eljid was actively defending principles of democracy and human rights in an era that was known mainly by constant attack against voices that called for equality and freedom.

The statement accused the “obscurantist forces”, in reference to the Islamists, of being involved in the murder of their son. The family went on to explain that the killer lied to the judicial police when he claimed he belonged to the faction of the progressive Marxist, when in reality he was a member in the Islamist AL-Isslah wa Attajdid or the movement of the Renewal and Reform. The family was pointing the finger to Abdelali Hami Eddine, a member of the general secretariat of the PJD and a president of an association which defends human rights. Hami Eddine served two years in Ain kadouss in the prison of Fez.

Hami Eddine was arrested following his alleged involvement in the murder of Ait Eljid during confrontations between the Maxists and the Islamists in 1993 at the university in Fez. Elhadioui Elkhmar, the witness, was reported to have recognized Hami Eddine as a participant in the killing, but further investigations could not take place.

The family demanded disclosure of the truth and that the killers be brought to justice, stressing that letters were sent to the minister of Justice and Liberties, President of the National Council for Human, trade unions and national and international human rights organization.