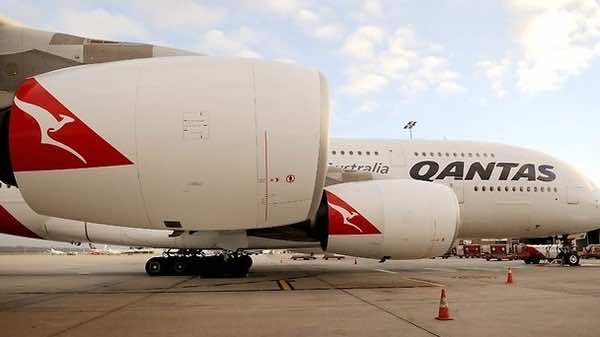 Australia’s Qantas Saturday said it took all reasonable precautions in selling aircraft after a report revealed that a jumbo jet once owned by the carrier had ended up in Iran despite sanctions.

The Sydney Morning Herald said the Boeing 747-300 was one of three aircraft sold in August 2010 in the United States to leasing company Sayegh Aviation Group in the United Arab Emirates.

The plane was later sold on to two other companies, including one in Gambia which ended up leasing it to an Iranian airline, it said.

Qantas denied any wrongdoing in the matter.

“We met all of our legal obligations and took all reasonable precautions in respect of the sale of the three Boeing 747s to Sayegh Aviation Group, who at the time of sale weren’t subject to any U.S. regulatory investigation or sanctions,” a Qantas spokesman said.

“It’s drawing a very long bow to suggest that we’re responsible for the conduct of other companies who owned or leased the aircraft several transactions after the original sale.”

The Herald said U.S. investigators found that Sayegh sold the plane to Sam Air in July 2011 and five months later this firm sold it to a front company in Gambia through which it was leased to an Iranian airline.

Western countries have imposed sanctions against Iran for years, with Washington maintaining an embargo on new plane and spare part purchases by Iran since the 1979 Islamic revolution.

Qantas noted it was mentioned as the original owner of the aircraft in a 2012 document issued by the U.S. Department of Commerce, Bureau of Industry and Security regarding a temporary denial order against Sayegh Aviation Group.

But it said it had never been approached by U.S. authorities over the matter.

“We are aware that Sayegh Aviation Group was subsequently placed on a banned list by U.S. authorities in April 2012, but this was for actions that came after our transactions with them in 2010,” Qantas said, adding it now understood this ban had been lifted.

“Whenever we sell an aircraft, we carry out extensive due diligence on the buyer and their intended use of the aircraft and include strict, specific clauses in the sale agreement reinforcing the buyer’s obligation to comply with all relevant international export controls and regulations.”