New York - On Tuesday March 5th the Permanent Mission of South Africa, one of the main backers of Polisario, organized in partnership with the Robert F. Kennedy Center for Justice and Human Rights a lecture on “The human rights situation in Western Sahara” in the United Nations in New York. 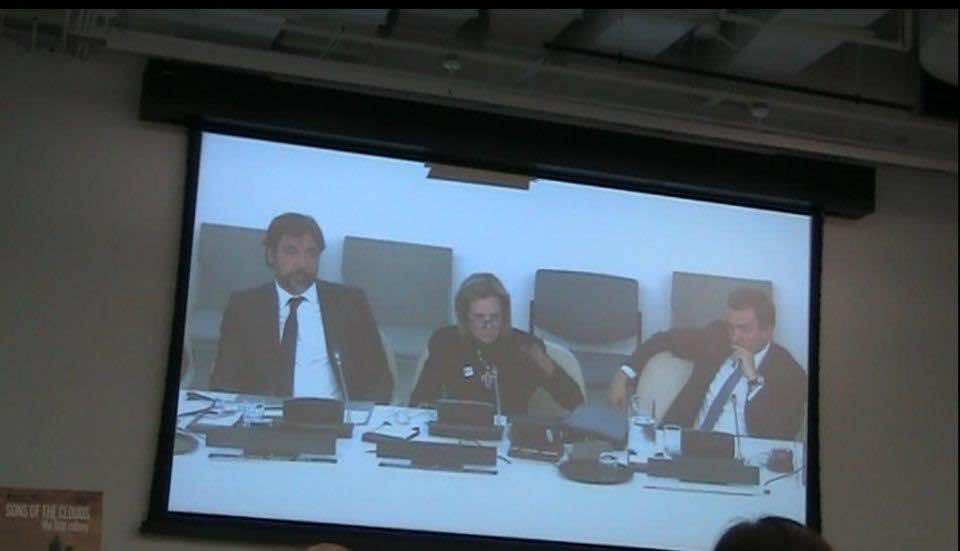 By
Adnane Bennis
-
Adnane Bennis is a national of Morocco, obtained his Bachelor’s Degree in Computer and Information Science from East west University in Chicago.
Mar 9, 2013
Spread the love

New York – On Tuesday March 5th the Permanent Mission of South Africa, one of the main backers of Polisario, organized in partnership with the Robert F. Kennedy Center for Justice and Human Rights a lecture on “The human rights situation in Western Sahara” in the United Nations in New York.

The panelists who claimed to be concerned about the human rights of Sahrawis provided the audience with one-sided perspective of the conflict. In doing so, nothing was said about the daily abuses committed by Polisario against dissenting voices in the Tinduf camps.

This video shows the other picture that Javeir Bardem, Kerry Kennedy, as well as their acolytes tried so hard to hide through their biased movie. It also shows how the Spanish actor admits his mediocre knowledge about the issue as he says “don’t blame me I am new in this field.”

His answer came after he was puzzled by questions and statements made by Moroccans from the Sahara, who proved to the audience that Aminatou Haidar does not represent the whole spectrum of the Saharawi population, and that she has no right to claim she is speaking on their behalf.

The statement made by the Saharawis in favor of Morocco’s stance on the conflict pushed Aminatou Haidar to admit that the majority of her family members are in favor of the Moroccan autonomy plan presented by Morocco to the Security Council in April 2007, adding that she “is not manipulated or used” by the Algerians.

“The majority of my family members are pro-Moroccans, I have no complex in this regard,” she said.

She went on to claim that she “is a victim of repression” by the Moroccan authorities.

The videos also shows how two Algerians and one South African delegates tried to disturb and interrupt Moroccan Saharawis when they were asking their questions and how fervently they clapped every time Bardem or Haidar tarnish Morocco’s reputation.

Contrary to people expectations, Kennedy did not say a word after the questions were addressed to her and the other panelists, which speaks volumes about how she mastered the issue at hand.