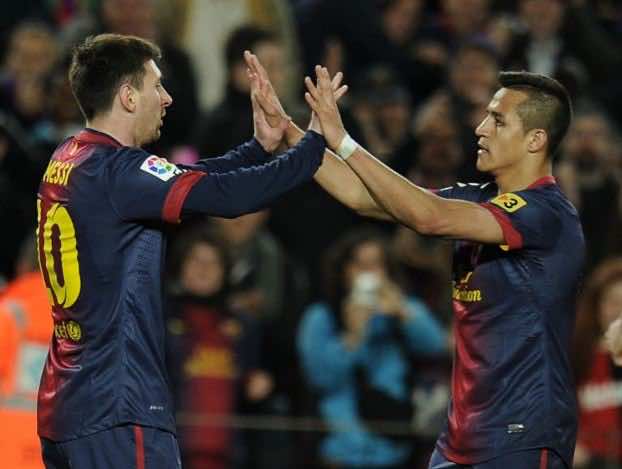 A much-changed Barcelona side warmed up for their Champions League clash with Milan on Tuesday with a 2-0 win over Deportivo la Coruna to open up a 14-point gap at the top of the table.

Lionel Messi was one of a number of first-team regulars who started on the bench, but their replacements just managed to get the job done as Alexis Sanchez’s header gave them a deserved half-time lead.

Messi was introduced after the break though and he wrapped up the points two minutes from time with his 40th league goal of the season after a neat one-two with Alexis inside the area.

The Barca side contained seven changes from the team that started last weekend’s 2-1 defeat to Real Madrid as Gerard Pique, Sergio Busquets and Andres Iniesta all joined Messi on the sidelines, while Victor Valdes and Xavi also missed out through suspension and injury respectively.

Their absence gave many of Barca’s squad players the chance to shine and Thiago may have been the one to have forced himself into the side for Tuesday, should Xavi not recover in time, as he was particularly impressive in a first-half that the hosts completely dominated.

Cesc Fabregas had the first clear opening of the match when he skied over despite taking a wonderful first touch to control Dani Alves’s ball over the top before Daniel Aranzubia had to race from his line to stop Cristian Tello latching onto a lovely through ball by Thiago.

The Depor keeper was having a sensational evening as he then somehow tipped Manuel Pablo’s misguided clearance onto the post and made a brilliant double stop from Villa and Adriano, although in truth Villa should have been more clinical when clean through on goal.

The goal finally arrived seven minutes before half-time, although again Aranzubia wasn’t easily beaten as Alves’s cross from the right was headed down by Alexis and although the keeper may have kept his first effort from crossing the line, the Chilean followed up to smash in only his second league goal of the season.

Depor’s first real effort on goal arrived moments later as Pizzi’s free-kick fizzed well over the bar, but Barca were soon back on top and Villa fired wide again at the end of a sublime passing move from the hosts.

After a lacklustre start to the second period Messi and Iniesta were introduced for Villa and Thiago respectively and the two subs nearly combined to seal the three points 17 minutes from time.

Aranzubia made another fine save as he parried Iniesta’s effort from distance and Messi was deemed to have been in an offside position as he slotted home the rebound.

Despite the hosts being far from their best in the second period Depor created almost nothing of note as Barca kept a clean sheet for the first time in 14 games.

And Messi did get his name on the scoresheet just before the end as he lifted a lovely finish over Aranzubia from Alexis’s pass to stretch his scoring streak in the league to 17 games. 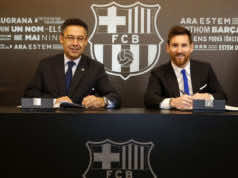 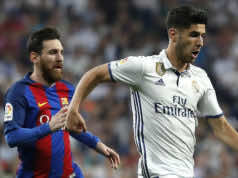 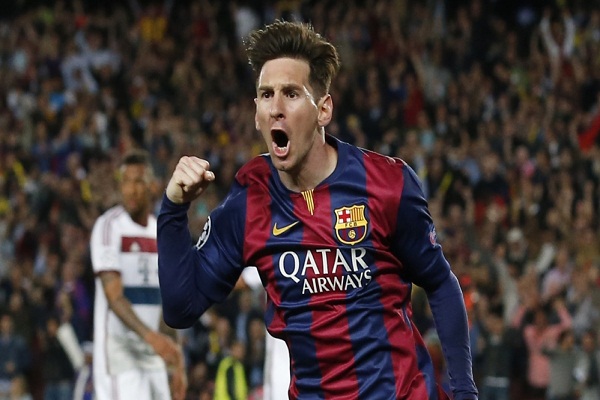 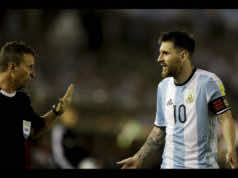 Barcelona Outraged at FIFA for Suspending Messi for Four Games