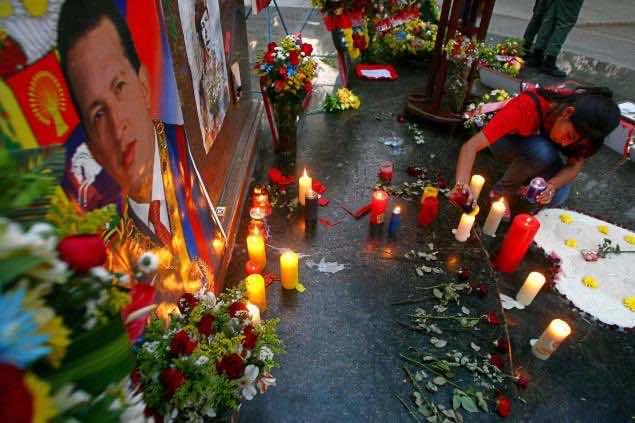 Venezuela announced Saturday that it will hold a presidential election to succeed late leader Hugo Chavez on April 14 after his political heir took office in a move the opposition rejects.

The national electoral council set the date one day after Nicolas Maduro, Chavez’s handpicked successor, was sworn in as acting president in a ceremony largely boycotted by the opposition, which slammed it as unconstitutional.

Shortly after the date was set, the main opposition coalition announced it had chosen Henrique Capriles, who lost to Chavez in the October election, as its unity candidate again, this time to face Maduro.

Capriles wrote on Twitter that he was “grateful” for the offer and would announce soon whether he will accept the nomination. The Miranda state governor was picked by the Democratic Unity Roundtable last year in an unprecedented primary.

Political hostilities had already begun just hours after Venezuela and more than 30 foreign leaders gave Chavez a rousing state funeral, with Maduro railing against the opposition and capitalism following his inauguration.

Emulating his late mentor’s combative style, the former vice president vowed “absolute loyalty” to Chavez before donning the presidential sash, his voice cracking as he declared: “Sorry for our pain and tears; but this presidency belongs to our Comandante.”

Before Maduro was sworn in, Capriles denounced the inauguration as a “constitutional fraud” and abuse of power by the government.

“Nicolas, nobody elected you president. The people didn’t vote for you, kid,” said Capriles, 40, who lost to Chavez in the October presidential election. He argued that the caretaker president cannot run for office under the constitution.

Chavez lost his battle to cancer on Tuesday at the age of 58, leaving behind a divided country after a 14-year presidency whose oil-funded socialist policies delighted the poor and infuriated the wealthy.

The firebrand leftist leader named Maduro to succeed him before leaving for Cuba in December for a new round of cancer surgery, urging Venezuelans to vote for the 50-year-old former bus driver if he died.

Chavez beat Capriles by 11 points. But the 40-year-old governor gave the opposition its best result ever against the late president, garnering 44 percent, or 6.5 million, of ballots.

A recent survey by pollsters Hinterlaces gave Maduro a 14-point advantage over Capriles, though the opposition leader has questioned the firm’s reliability in the past.

“The next president will have huge challenges: Earning the respect of the impoverished population, who blindly believe in Chavez, in a divided country,” said Central University of Venezuela professor Agustin Blanco.

Venezuela has given Chavez an extended farewell, with hundreds of thousands of people swarming the streets of Caracas on Wednesday, cheering and crying as his coffin was slowly taken to a military academy.

Chavez, who forged a near-mystical bond with the country’s once-neglected poor, has been lying in state at the academy since then and throngs have filed past his half-open casket nonstop.

The government plans to embalm and preserve Chavez “like Lenin” to rest in a glass casket “for eternity,” a move decried by the opposition, which claimed that it went against the president’s wish to be buried.

Many of his followers say they will follow their leader’s wishes and vote for Maduro, even though some say they still are getting to know him and that the former bus driver and union activist lacks Chavez’s charisma.

“Chavismo continues. It’s an ideology already. Now we will continue with Madurismo. It’s Chavismo continuing through Maduro,” said Omaira Salazar, 64, one of the countless people waiting in line to see Chavez.

At his lavish state funeral, foreign leaders and celebrities paying their last respects to the man who built a leftist bloc in Latin America to counter US influence in the region.

The service even brought Ahmadinejad and Belarussia’s veteran leader Alexander Lukashenko to tears as the two, sitting next to each other, wiped away tears as a band played one of Chavez’s favorite sentimental songs.

The ceremony was interrupted a few times by chants of “Chavez lives, the struggle goes on!” 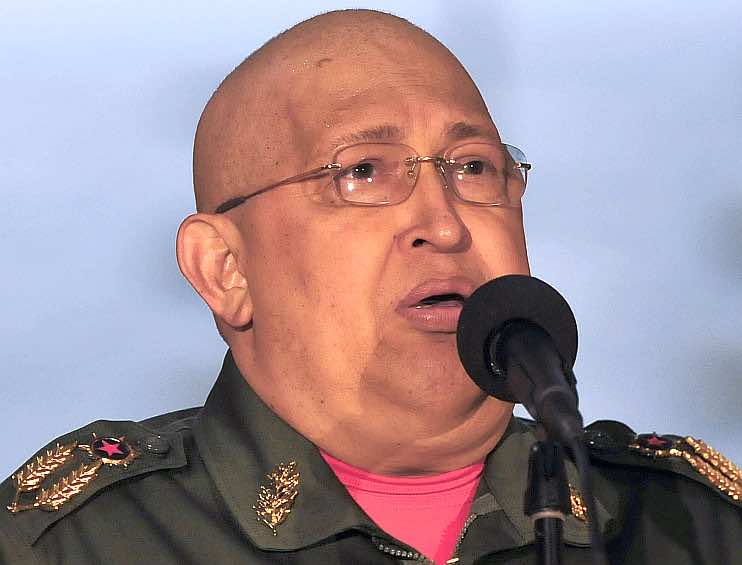