Regardless of the changes made for youth inclusion in decision making, youth leaders still feel neglected, divided, and powerless. So what went wrong? 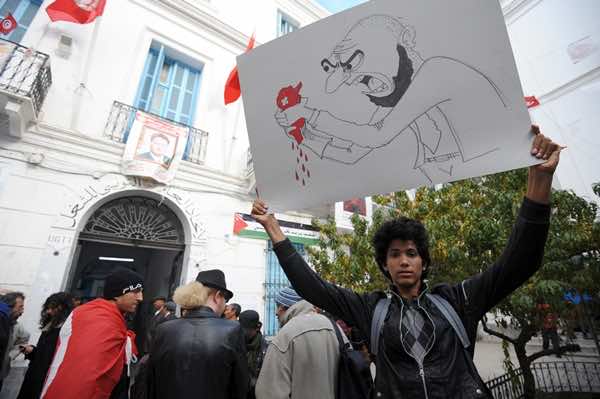 By
Karima Rhanem
-
Karima Rhanem is a Moroccan multi-award winner with more than 18 years’ experience in Public Policy, strategic and digital communication, and diplomacy
Mar 9, 2013
Spread the love

Rabat – When street vendor Mohamed Bouzizi set fire on himself in 2010, protesting against police humiliation, he incited many Tunisians, especially youth, to revolt against social injustice, lack of job opportunities, corruption and poor governance.

When the over 23 years of repressive, corrupt and dictator regime of their president Zine El Abidine Ben Ali’s fell down, several youth across the Arab region, took to the streets to demand change in liberties and socioeconomic and political systems.

This has given birth to another major revolution in Egypt, leading president Mohammed Hussni Mubarak to step down. Since then, the revolutions have propagated to other Arab countries, leading to violent clashed between forces and protesters in Bahrain and Yemen, bloody ones in Lybia, leading to the killing of President Maamar Kaddafi, and a deadly one in Syria, leaving  thousands of deaths and a country torn by violence and division. Morocco was no different from other countries of the region, but saw a more pacific protest led by the February 20th movement, leading to a major constitutional change and the election of a new government.

Europe has also known several protests mainly in Spain of what has become commonly known as the 15-M Movement (Spanish: Movimiento 15-M), the Indignants Movement, and Take the Square #spanishrevolution. America has also witnessed the birth of  the Occupy Wall Steet movement , protesting against social and economic inequality. These demonstrations went viral in almost 80 countries around the world.

Technologically savy, Arab Youth, who mainly used social media to mobilize people around particular causes and demands related to the revolution, have then made substantial impact in Bourquiba streets in Tunisia, Tahrir square in Egypt,  Bab Al Azizia in Lybia, Baba Amrou in Syria, Change plaza in Yemen and Bab al Had in Morocco.

In Tunisia’s post revolution, more than 119 political parties and over 1000 NGO were created after decades of one party system and government led-NGOs’ domination. Moreover, a coalition government was appointed to ensure the transition, followed by a new government elected in October 2011.

Tunisians were unsatisfied with the failure of the subsequent governments to meet their demands. Throughout 2012, Tunisia witnessed ministers resign, increased protests , violent clashes with police, and general strikes.

On February 6, 2013, a secular party leader and opposition figure, Chokri Belaid, was assassinated, marking him the first political figure assassinated in Tunisia since the colonial period. His death triggered widespread protests and general strikes, many of which turned violent. Following the assassination, Tunisian Prime Minister Hamadi Jebali suggested that the coalition government should dissolve and form a non-partisan, technocratic government. The government, was then on the verge of collapse, after the increase of tensions between its coalition members and their inability to handle the political crisis

In Egypt post Mubarak, a Youth Coalition was created to coordinate between youth leaders after the January 25 revolution, but was dissolved in July 2012 with no replacement. Moreover, four political parties were established by youth. Yet, only three youth leaders made it to the lower house of Egyptian parliament (People’s Assembly), which has since been dissolved. The youth who started the revolution had since become so divided and fragmented. The Tahrir Square who was united yesterday around regime change is divided today between secular and religious lines. More fractions are demonstrated between the Islamists majority of Salafi and Muslim Brotherhood parties and the divided opposition of socialists, labor activists and secularists.

Both Tunisia and Egypt, who made minor constitutional change post and not prior to elections, are still confronting with the Islamist parties on major liberties and democratic practices in their respective countries. New drafts of both countries’ constitutions are still being revised.

In Morocco, however, though the February 20th youth movement is back again to the street, protesting about the government handling of socioeconomic and political issues, it has been weakened by a series of reforms Morocco has undertaken as a quick response to the uprising, by low international attention, and by the movement inability to gain grass-root support.

The reform policy introduced by King Mohammed VI in March 9, 2011, led to the adoption in 2011 of a new Moroccan constitution that has institutionalized youth participation and allowed for the creation of the Consultative Council of youth and community work. The constitution also reinforced the freedom of the creation of association and introduced the principle of democratic participation allowing civil society to be an integral part in state consultations from pre-planning to the evaluation of public policies. The constitution also allows citizens to participate in drafting legislations and presenting petitions. The king has also reduced some of his powers and state institutions, the government and parliament were strengthened.

The constitution’s adaption was followed by a « more transparent » elections brining to power a conservative government led by the Islamist party « Justice and development » who had been in opposition during the last decade, unlike other Islamist led parties in the region who couldn’t officially exercise their right to opposition.

The government has prepared plans to develop a national integrated youth strategy, reform job policy and make youth more employable, open a dialogue with civil society to amend and develop laws that would guarantee their liberty and participation in decision making, as well as giving them access to information, and creating National and regional youth councils.  Yet, thousands of graduate youth and the February 20th movement are back to the street with a hope to gain more support due to Moroccans increase discontent about the government slow performance in advancing reforms.

Getting to know many of these movements, emerging from the Arab uprising, I had several doubts that these important counter-power opposition forces would continue to function while being so divided with no clear vision or leadership role. Moreover in many occasions, they have refused to listen to or dialogue with the Government and were unable to present realistic alternatives and concrete proposals of their demands. They were also unable to move from a culture of protests-only to a culture of a more constructive dialogue with decision makers.

Read Also: PJD’s Secretary General: “We Are Ready to Engage in Dialogue with the 20 February Movement”

Change doesn’t happen in a second. They are certain things that could be treated urgently and other things that need time. Many of those movements focused more on changing figures rather than advocating for changing the governance system and people’s mentalities and behavior. I think as long as these movements are divided with no clear vision, they will continue to be weakened. Either they will choose to voice their opinion and advocate for change to happen within existing institutions or they would continue street protests with no real general public support.

Certainly this dynamism of Arab youth movements has contributed to an increased awareness of citizens rights and duties and their relationship with public powers. It has also brought issues of political apathy, participation and the culture of consultation and inclusion in decision making processes to the radar screen. Yet, a real revolution could never succeed if there is no cultural, institutional, corporate and cognitive revolution through the power of knowledge, technology, access top information and education. It is certainly easy to change a president, but it’s more complicated to change the whole regime and citizens behaviors and mentalities and their readiness to change themselves and accept democratic changes.

Karima Rhanem is a Communications, media and Development Specialist, photographer ; journalist, researcher in Governance and Public Policy, and a social activist with over 12 years of experience in civil society and youth issues, 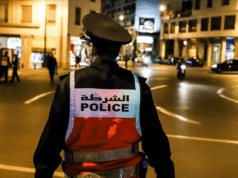