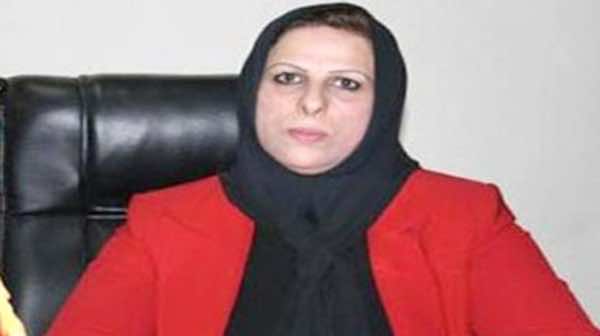 Duck and dive before you get a lady’s heel in your face. A discussion on the budget goes wild when the Iraqiya List parliamentary bloc leader gets a shoe thrown at his face by a female lawmaker from the Iraqi National Movement Party.

Most Iraqis laughed at this fact as the female MP, Alya Nusayf, struck out in vengeance.

The scuffle happened Thursday inside parliament when Iraqiya List’s Suleiman Al-Jumaily threatened Nusayf to not vote for the proposed budget.

The budget which was approved anyway on Thrusday does not have the backing of the Iraqiya List and many other Kurdish parties.

After weeks of delay the $119.1 billion budget went through parliament.

According to Nusayf, Jumaily threatened the members of the Iraqiya List not to participate in the closed session and vote, given it has been criticized for fulfilling the demands of the mainly Shiite-dominated political parties.

Nusayf, who stood up and objected to these threats, received an unexpected surprise as Jumaily verbally insulted her.

So her immediate reaction was to throw her shoe at him. Speaking to an Iraqi television channel, Al-A’had, she expressed her disgust with his offensive language and didn’t accept the direct violation of social etiquette.

“History will never forgive [Jumaily],” Nusayf said in a press conference, vowing she will file a legal case against him.

“In the episode [of the delayed budget], there must be some action,” one Iraqi wrote on a the social networking site.

Another also ridiculed the political farce on Facebook as he said “a question for Iraqis; why are shoes so expensive in the markets, and what is the relation between shoes and Baathism?” in reference to Nusayf’s being a former member of the Baath Party.

“After the incident, no shoes should be allowed and the parliament’s floor should be covered with fine moquete with a special storage place for shoes,” read one image that circulated on Facebook.

“Member of Parliament hitting another with ones shoe and inside the parliament,” one tweep under the nickname Shumariya Iraqiya wrote. While vowing not to criticize by saying “no comment,” Shumariya Iraqiya could not control herself and tweeted again: “Hope they annihilate each other.”

Almost coinciding with women’s day, one tweep said “Alya Nusayf hits Jumayli with shoe inside parliament.” His tweet followed with a hash tag in Arabic that read “marginalized women.”

Another Twitter user asked: “What it is with this show-throwing culture,” in reference to the Iraqi journalist, Muntathar Al-Zaidi, who threw his at George Bush in a press conference in Baghdad in 2011.

In February, another Iraqi attempted to throw his shoe at a U.S. diplomat during his visit to the British parliament. Paul Bremer, who was the Administrator of the Coalition Provisional Authority of Iraq following the 2003 invasion, was told by the shoe thrower that this hit was from Saddam Hussein.