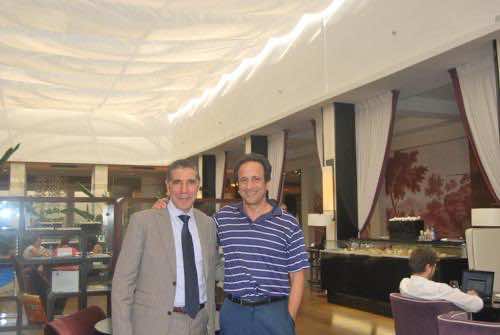 It is with a great sense of pride that I learned yesterday of Mohammed Ariad’s nomination by King Mohammed VI as his ambassador to the republics of Finland and Estonia. Fiercely patriotic and uncompromisingly loyal to his family and friends, Mohammed is that rare career diplomat who cares as much about culture as he does about politics. He is graced with a strong sense of moderation and endowed with elegant diplomatic skills, but he also allows himself to wade into passionate debate and discussion, staying as close as possible to the world of ideas that has always animated him.

I would not have been involved with the Moroccan community in the US had it not been for Mohammed. The moment he arrived to Washington DC in the early 2000s, my childhood friend urged me to contribute to select activities concerning Morocco and the Moroccan community. He introduced me to Aziz Mekouar when the latter first arrived to serve as ambassador.

Aziz further challenged me to think about ways to strengthen American-Moroccan relations. It was when Aziz and Mohammed worked together at the embassy in Washington that the idea of establishing a UNE presence in Morocco was born. We started prospecting in 2004 and returned in 2010 and again in 2011. We are now building a site in Tangier and getting ready to welcome our first group of students next January.

I really can’t think of a better person than Mohammed Ariad to represent the best interests of Morocco in Finland and Estonia. Congratulations  and best wishes are in order.

Anouar Majid is Director of the Center for Global Humanities and Associate Provost for Global Initiatives at the University of New England in Maine, USA. He has written many books and articles on the West, Islam, and the clash of ideologies in the modern world. Majid is also a novelist, the author of Si Yussef (1992, 2005). He also edits the magazine TingisRedux. His new book, Islam and America: Building a Future Without Prejudice was published in 2012.