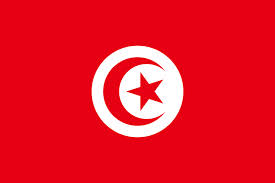 Lawmakers from Tunisia’s secular opposition Monday denounced remarks attributed to an MP from the Islamist Ennahda party that female circumcisions in Africa are carried out for “aesthetic’ reasons.

“It is unacceptable that a member promotes crimes against women,” lawmaker Nadia Shaaban said in the National Constituent Assembly, referring to remarks purportedly made by Habib Ellouze, an MP from the ruling Ennahda.

“In the (African) regions where it is hot, people are forced to circumcise girls … because in these regions clitorises are too big which affects the spouses,” Ellouze was quoted in an interview published in the Sunday edition of Maghreb newspaper as saying.

“There are more circumcisions but it is not true that circumcision removes the pleasure for women. It is the West that has exaggerated the issue. Circumcision is an aesthetic surgery for women,” he was quoted as saying.

Ellouze on Monday accused the newspaper of distorting his quotes, saying the journalist “attributed remarks to me that I have not said.”

“She insisted that I respond to the question and I told her that it is a tradition in other countries,” Ellouze said in the assembly.

Ennahda, which heads the Tunisian government, is regularly accused of orchestrating a creeping Islamisation of society and seeks to limit the rights of women. Ennahda denies these charges.

The International Organisation of Migration says that around 100 to 140 million women have undergone female genital mutilations around the world, mainly in Africa.