Fez - Morocco obtained its political independence from France in 1956 after a set of political and armed struggles. The departure of the colonizer was followed by waves of immigration from Morocco to France to cover the shortage in men power in the booming French economy, especially in the sectors of industry and agriculture. 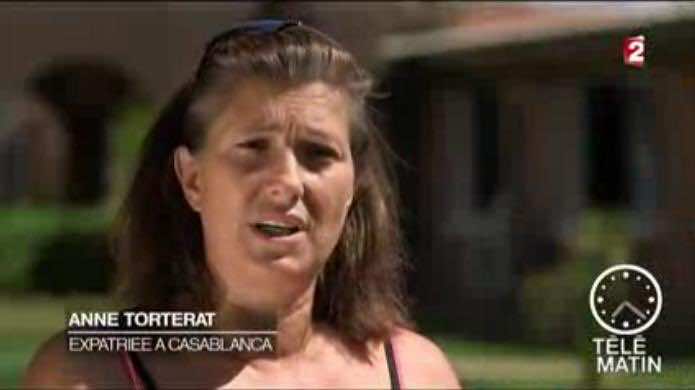 Fez – Morocco obtained its political independence from France in 1956 after a set of political and armed struggles. The departure of the colonizer was followed by waves of immigration from Morocco to France to cover the shortage in men power in the booming French economy, especially in the sectors of industry and agriculture.

Now, the largest concentration of Moroccans outside Morocco is in France. However, during the last two decades, French diaspora in Morocco has been growing remarkably by virtue of immigration in the opposite direction or what can be ironically termed “the season of immigration into the south!” So, what magic spell does Morocco cast on the French? And what does entice them to set out southwards?

Most commentators agree on the fact that Morocco occupies a very strategic geographical location which makes of it “a tree whose roots go deep in Africa and whose branches reach out for Europe,” to use the metaphor of the late Hassan II. This geographic location makes Morocco a perfect site for investors and business men who seek to expand their markets and activities northwards and southwards.

Also, in terms of its climate, Morocco is described by the famous quote as “a cold country with a hot sun.” It is seen by the French as pleasantly warm and usually sunny unlike their own country. Another reason for the French preference of Morocco is the social and political stability which reins over the country despite the neighboring turmoil and upheavals.

According to the French Ministry of Foreign Affairs there were about 41,129 French citizens registered as permanent residents in Morocco at the end of 2010, the number marks an increase of about 5 % compared to 2009. Now, the number of French residents in Morocco is assumed to be more than 44 000. Some reports say there are more than 55 000 if we count those who do not wish to declare themselves to the consular services for personal reasons. According to the same source, besides Europe and the North America, Morocco is the second destination for French citizens after Israel.

The French channel France 2 touched upon the issue of French expatriates in Morocco last February and featured a French woman living and working in Casablanca since 1989. Anne Torterat created her own business and now works as an investment counselor. She tells her story and says: “At first I worked in investment consulting cabinets but later on I decided to create my own cabinet to help Moroccan investors…”

“In Morocco, woman can assert themselves very easily nowadays. There were some problems in the past but now it’s the complete opposite,” she said.

Anne describes Casablanca and Morocco in the most refined terms.

“Morocco is really the paradise of children. Our children adore Morocco in general…They spend their life with their friends. We lead a peaceful life; we know that our children are monitored and protected,” she said.

This is happiness. They can also do a number of activities in open air because the weather is always nice and warm. Indeed, it’s the paradise of children,” she added.

Claude Cadeau, another French expatriate in Casablanca almost expresses the same fascination with the city in an interview with Jobtrotter.

“Despite the fact that Casablanca is not the most beautiful city in Morocco, it is saturated with history. The presence of the ocean guarantees a mild and sunny climate all year round,” he said.

“Moroccans also have a great joie de vivre. As soon as you leave the big cities you find a real authenticity and great hospitality. And to be honest, I could not have in France the quality and the standard of living that I have in Morocco,” he added.

Morocco continues to fascinate French people of all walks of life. For the French retired, Morocco seems to be the new Eldorado as approximately 4000 retirees have already crossed the Mediterranean to settle mainly in Marrakech, Agadir and Saouira where they spend their old days enjoying the weather, the people and the authenticity of an enduring culture.