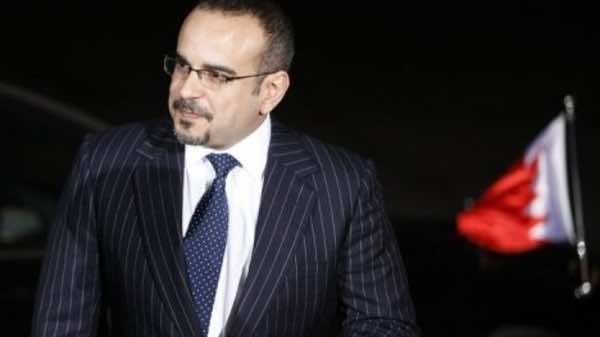 Bahrain appointed Crown Prince Salman al-Khalifa as first deputy prime minister Tuesday, a sign the government could be softening its stance as it holds talks with the opposition to end two years of political unrest.

The kingdom, the base for the U.S. Navy’s Fifth Fleet, has been in turmoil since protests erupted there in 2011, led by majority Shiite Muslims demanding an end to the Sunni monarchy’s political domination and full powers for parliament.

The appointment would allow the crown prince “to develop the performance of the apparatus of the executive branch,” the state news agency BNA reported, citing a royal decree.

The addition of Prince Salman – who some believe to be moderate in his political views – to the Bahraini cabinet will be seen as a part of efforts to balance the influence of figures the Shiites see as hardliners, such as his great uncle, the prime minister.

“This is the beginning of change in the executive authority to implement Bahrain’s commitments on the political and legal front,” said Abdul Jaleel Khalil Ebrahim, a leader of the Shiite-led opposition bloc al-Wefaq.

He was referring to recommendations made by an international inquiry that investigated the government’s handling of protests mainly by the country’s Shiite Muslim majority in 2011, and to demands by the opposition for a constitutional monarchy in which governments are chosen by an elected parliament.

Crown Prince Salman was instrumental in pushing for a first round of talks between the government and the opposition after pro-democracy protests erupted in Bahrain in February 2011, at the height of the Arab Spring that ended in failure.

This latest attempt at a national dialogue, launched just last month, was also seen as largely due to his efforts.

“This is pushing new blood into the cabinet, the new generation. I am very happy with the appointment. I think it is good for strong progress and change in Bahrain,” said Sameera Rajab, Bahrain’s information minister.

Bahrain remains bitterly divided and there are still almost daily demonstrations on the small island that often end in violent confrontations between police who fire bird shot pellets and tear gas at stone and petrol bomb-throwing youths.

Rights and political activists accuse the government of persistent police brutality. The authorities point to what they describe as “terrorist” attacks on security patrols.

The government says 35 people died during the unrest in 2011 and two months of martial law that followed, although the opposition puts the toll at more than 80.

At least two protesters and one policeman have died in the past few weeks as the unrest has taken a more violent turn.