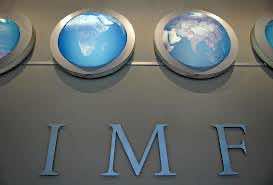 The International Monetary Fund said Monday that it could provide an emergency short-term loan to Egypt if needed, as talks for a longer-term $4.8 billion financing program have bogged down.

But the global crisis lender said that even for a loan from its Rapid Financing Instrument program, Cairo has to show its commitment to a broader reform plan.

RFI loans are aimed at helping countries get past urgent balance of payments problems, often the result of short-term shocks.

The IMF said Egypt could apply for an RFI loan even as it is negotiating the terms for a long-term loan that would be tied to commitments to major economic and fiscal reforms.

But the Fund suggested the Egyptian government needs to exhibit more movement toward a reform program.

“Egypt needs bold and ambitious policy actions to address its economic and financial challenges without further delay,” an IMF spokeswoman said in an emailed statement.

“Use of the RFI could be an option if there is a need for interim financing while a strong medium-term policy program is being put in place. Ultimately, this is a decision the authorities will have to take.”

The IMF gave no indication of how its talks on a broader support program are going.

“The IMF is fully committed to supporting Egypt at this critical time. We are currently reviewing the authorities’ economic program and their macroeconomic projections, and are discussing with them the next steps in our engagement,” the spokeswoman said.

The loan would help restore investor and foreign lenders’ confidence in Egypt, which has suffered a sharp economic decline since the uprising that overthrew president Hosni Mubarak in February 2011.

Current president Mohamed Morsi’s administration has been plagued by unrest and deadly clashes between protesters and police, blocking efforts to build broad-based support for a needed program of economic reform.