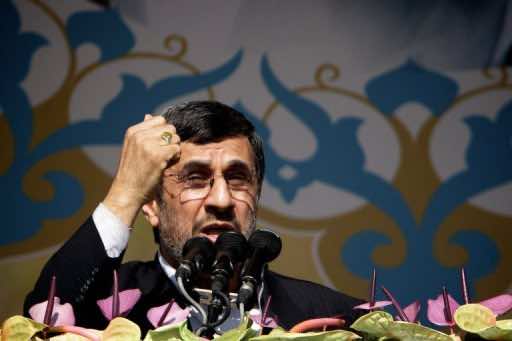 Human rights violations in Iran spiralled in 2012, a United Nations monitor said Monday in a report spotlighting abuses including repression of freedom of speech, torture and secret executions.

“There has been an apparent increase in the degree of seriousness of human rights violations in the Islamic Republic of Iran,” Ahmed Shaheed said in his report to the UN Human Rights Council.

Shaheed highlighted “frequent and disconcerting” reports about “punitive state action” against a number of groups, including the jailing of opposition politicians, journalists and human rights campaigners.

He also expressed concern about rights violations affecting women and religious and ethnic minorities, and retaliatory action against individuals that Tehran suspects of cooperating with UN monitors.

Such abuses remain “widespread”, “systemic” and “systematic”, said Shaheed, former foreign minister of the Maldives who was named the UN’s Iran monitor in 2011.

Shaheed, who is forbidden from visiting the country, said he regretted Tehran’s unwillingness to cooperate with him, despite his repeated efforts. He wrote his report by contacting campaigners, exiles and victims of the abuses.

“Moreover, a lack of government investigation and redress generally fosters a culture of impunity,” he said, emphasising that this undermined global human rights accords signed by Iran.

The torture of detainees was also an ongoing concern which Shaheed said he had raised in a previous report.

“The existence of legal safeguards does not in itself invalidate allegations of torture, and does not remove the obligation to thoroughly investigate such allegations,” he added.

Turning his focus to executions, Shaheed said that while 297 were officially announced by the government — 58 of them carried out in public — some 200 “secret executions” had been acknowledged by family members, prison officials or members of the judiciary.

Despite that drop, the number of executions had nevertheless risen progressively in recent years, Shaheed said, having stood at less than a hundred a year a decade ago.

He said he was “alarmed” by the escalating rate “especially in the absence of fair trial standards” and for offences which did not warrant capital punishment including alcohol consumption, adultery and drug-trafficking.