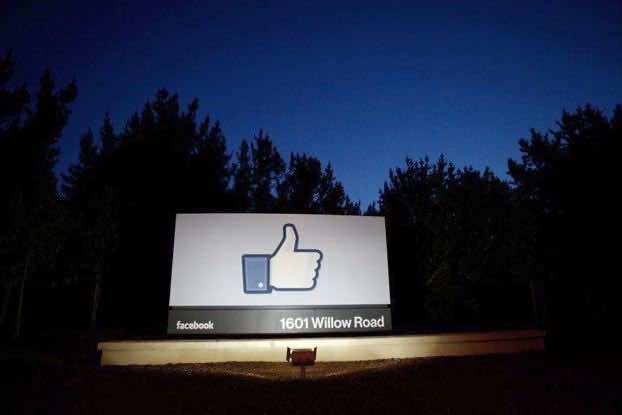 Those Facebook ‘likes’ can reveal a lot more than you think.

The researchers developed an algorithm which uses Facebook likes — which are publicly available unless a user chooses stronger privacy settings — to create personality profiles, potentially revealing a user’s intimate details.

The algorithms were also able to extrapolate information such as sexual orientation, whether the user was a substance abuser, or even whether their parents had separated.

This data can be used for advertising and marketing, but it also could make users cringe because of the amount of personal data revealed, the researchers said.

“It’s very easy to click the ‘like’ button, it’s seductive,” said David Stillwell, a psychometrics researcher and co-author of the study with colleagues from Cambridge University and Microsoft Research.

“But you don’t realize that years later all those likes are building up against you.”

Stillwell said that while Facebook data was used in this study, similar profiles could be produced using other digital data including Web searches, emails and mobile phone activity.

“You can come to the same conclusions with many forms of these digital data,” he told AFP.

The study examined 8,000 US Facebook users, who volunteered their likes, demographic profiles and psychometric testing results.

While some of the patterns appeared obvious — Democrats like the White House while Republicans liked George W. Bush — others were less direct.

Extroverts liked actress and singer Jennifer Lopez, while introverts gravitated toward the film “The Dark Knight.” Those determined to be “liberal and artistic” liked singer Leonard Cohen and writer Oscar Wilde, while conservatives preferred Nascar racing and the film “Monster-in-Law.”

The predictions relied to a large degree on inference, by aggregating huge amounts of data: those predicted to be homosexual were tagged as such not because they clicked on sites about gay marriage, but because of their preferences in music and TV shows, for example.

Christians and Muslims were correctly classified in 82 percent of cases, and good prediction accuracy was achieved for relationship status and substance abuse, between 65 and 73 percent.

People with high IQs more frequently liked “The Colbert Report” television show and films including “The Godfather” and “To Kill a Mockingbird.” Those with lower IQs preferred Harley Davidsons and Bret Michaels of the rock band Poison.

The report comes amid intense debate about online privacy and whether users are aware how much data is being collected about them. Another recent study showed Facebook users began sharing more private data after the social network giant revamped its policies and interface.

The Cambridge researchers said data on “likes” can be useful for psychological and personality assessments, but also shows how personal details can be made public without their knowledge.

“Similar predictions could be made from all manner of digital data, with this kind of secondary ‘inference’ made with remarkable accuracy — statistically predicting sensitive information people might not want revealed,” said Cambridge researcher Michal Kosinski.

Kosinski said he is “a great fan and active user of new amazing technologies, including Facebook” but that the study highlights potential threats to privacy.

“I can imagine situations in which the same data and technology is used to predict political views or sexual orientation, posing threats to freedom or even life,” he said.

The study was published in the Proceedings of the National Academy of Sciences.

For a lighter view of the research, the scientists created a Facebook app, “You Are What You Like” which provides a user’s personality assessment, athttp://www.youarewhatyoulike.com/