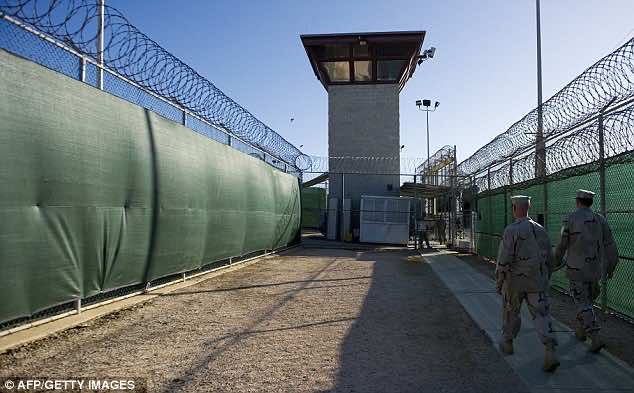 Detainees at the Guantanamo Bay prison camp are staging a hunger strike to protest the confiscation of personal items, including Qurans, in early February, their lawyers and prison officials said Monday.

“My client and other men have reported that most of the detainees in Camp 6 are on strike, except for a small few who are elderly or sick,” said Pardiss Kebriaei, a New York lawyer representing Ghaleb Al-Bihani, a detainee from Yemen.

Camp 6 houses the majority of the 166 detainees still incarcerated at Guantanamo — estimated at about 130 men — who usually don’t pose any disciplinary problems and don’t represent a “value” in terms of information or a particular risk.

Interviewed by AFP, Robert Durand, director of public affairs for the Joint Task Force Guantanamo, said nine detainees were engaged in hunger strikes, five of whom were being fed through tubes inserted into their stomachs.

However, he indicated that “refusing delivered food does not make a detainee a hunger striker, not eating does.”

“Detainees or an entire cell block may refuse to take any of the fresh, hot meals delivered, but we observe them eating from the ample amounts of food they have in the cell block,” he added.

According to Kebriaei, her client — on hunger strike for 30 days — has “lost over 20 pounds and has been told by medical personnel that his health is in serious danger as he is also a diabetic.”

Another lawyer, Barry Wingard, said one of his three clients, Kuwaiti Fayez Al-Kandari, lost 12 kilos (26 pounds) in three and a half weeks. All three were on hunger strike, he added.

Twelve lawyers — including Kebriaei of the Center for Constitutional Rights — have sent a letter to the commander of Guantanamo, Rear Admiral John Smith, to denounce “a matter that appears to be rapidly deteriorating and reaching a potentially critical level.”

“We have received reports of men coughing blood, being hospitalized, losing consciousness, becoming weak and fatigued,” said the letter, a copy of which was obtained by AFP.

“We understand that Arabic interpreters employed by the prison have been searching the men’s Qurans in ways that constitute desecration according to their religious beliefs, and that guards have been disrespectful during prayer times.”

The lawyers called for a quick resolution of the situation, saying “the practices occurring today threaten to turn back the clock to the worst moments of Guantanamo’s history.”