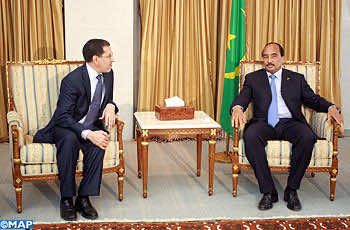 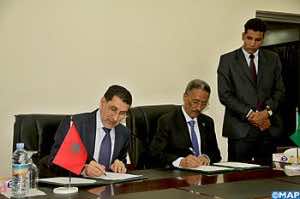 El Otmani told the press at the end of the audience that he had “conveyed to the Mauritanian president the greetings of his brother HM King Mohammed VI and the interest the Sovereign takes in fruther developing bilateral relations at the political, economic, cultural and popular levels.”

The talks discussed bilateral relations and the two sides’ common willingness to strengthen them, as well as preparations for the 7th session of the high joint commission, due next month in the Mauritanian capital city.

The minister added that the meeting also examined issues of common interest, especially regional ones such as the situation in Mali. In this respect, he said he had congratulated the Mauritanian president on the “positive, effective” role his country had played in this issue.

El Otmani highlighted the role of the Kingdom which encourages all stakeholders and neighbouring countries to support efforts made especially by the ECOWAS.

The minister also had talks with Mauritanian permier Moulay Ould Mohamed Laghdhaf on cooperation ties between Nouakchott and Rabat and means to enhance them.