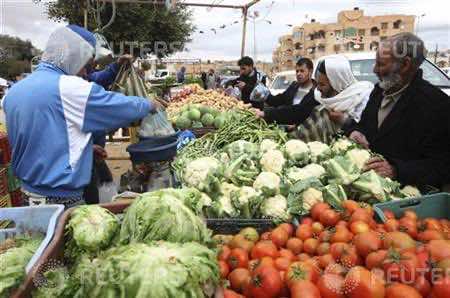 “My morale is as low as that of the man who set himself alight,” on Tuesday, said Mohammed, 27, a young street vendor who earns a living by selling cigarettes and newspapers in the Tunisian capital.

“This situation is miserable. We have to stay out on the streets for more than 10 hours just to earn a pittance,” he said.

A few metres away from Mohammad’s newspaper stand on Habib Bourguiba avenue — epicentre of the 2011 revolution that ousted dictator Zine El Abidine Ben Ali — another street vendor set himself on fire on Tuesday in a desperate act.

Adel Khadri, 27, who ekes a living peddling cigarettes, doused his body with petrol in front of the municipal theatre and set himself of fire.

His immolation was reminiscent of a similar act of desperation by vegetable vendor Mohamed Bouazizi on December 17, 2010 in the town of Sidi Bouzid which triggered the Tunisian revolution and Arab Spring uprisings across the Middle East and North Africa.

“This is a young man who sells cigarettes because of unemployment. Allahu Akbar! (God is greatest!),” Khadri shouted before setting himself on fire, a witness told AFP.

Originally from Jedouba in northwest Tunisia, Khadri “was demoralised,” said emergency services spokesman Mongi Khadhi, “His father died four years ago. He has three brothers and the family is very poor.”

Interior ministry spokesman Khaled Tarrouche too attributed Khadri’s desperate action to poverty. “He is unemployed and came to Tunis a few months ago. He was very fragile, psychologically broken, and that is why he set
himself on fire.”

Farid, who sells bread on the streets of Tunis, said misery leads to acts of folly.

“I perfectly understand this desperate act. When we become insignificant, marginalised and poor that’s when we do crazy things,” said the 21-year-old.

Like all other street vendors interviewed by AFP he too refuses to give his full name, because their activity is illegal.

“In addition to poverty and unemployment we have to watch out for the municipal police who take an enormous pleasure in confiscating our goods,” he said, looking behind his shoulders to see if any law enforcement agent was nearby.

Farid said he was detained for several days last week for setting up his stall on a highway, but with no other source of income he resumed his activity a day after his release.

“I will play cat and mouse with the local police and sell my goods on streets as long as I don’t have a steady job. I have a family to feed,” said Salem, who sells women’s lingerie.

Before the revolution that toppled Ben Ali, street vendors could sell the wares on Boumendil street near the medina, old city, and were controlled by the Trabelsi clan, relatives of the ousted strongman’s wife.

But after the fall of the regime, such displays of goods have multiplied given that the unemployment and poverty — they key factors that triggered the revolt against Ben Ali — continue to plague Tunisia.

“If the government offers us jobs we will immediately quit the streets,” said Kamel, 35, who sells “made in China” socks.

“Youngsters are continuing to committ suicides even under the reign of Ennahda (the ruling Islamist party) which has done nothing to ease the pain of the poor.”

More than two years after the revolution poverty is rampant across Tunisia which is also facing a deep political crisis since the February 6 daylight murder of prominent leftist leader Chokri Belaid, an outspoken critic of Ennahda.

Official figures show that nearly a quarter of the 11-million-strong population  lives below the poverty line while around 17 percent of the population are unemployed, including 170,000 university graduates.