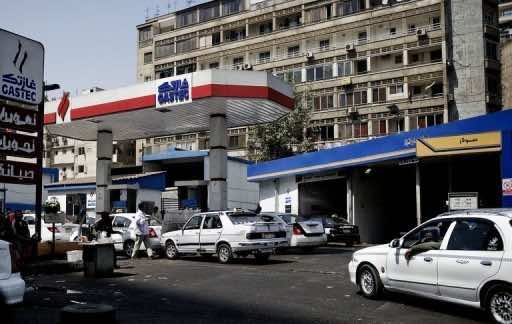 Microbus driver Ashraf Kamel has to wait hours outside a Cairo petrol station to fill up his tank, as a severe diesel shortage adds to the burden of Egyptians already facing unrest and price hikes.

The shortage is also threatening to paralyse key industries.

The shortage, affecting cargo and passenger transport, has led to mile-long queues of lorries, buses and minibuses — a popular alternative to the country’s run-down public transport system — at the few stations that still have diesel.

“I spend one day working and a day filling up fuel. My income has dropped by half since this crisis started,” said 36-year-old Kamel.

Others end up waiting in vain.

“Sometimes, after I’ve waited for hours, they tell me the fuel has run out… so I end up spending the night to guarantee a place in the queue the next morning,” said Mohammed Ragab, 32.

The crisis has hit the southern part of the country particularly badly, with drivers in the tourist city of Luxor complaining they can spend up to two days waiting in line.

In Cairo, it has brought microbuses to a halt, leaving many passengers stranded, and has had a devastating effect on the city’s notorious traffic.

So frustrated with the shortage were some microbus drivers that they recently blocked a major Cairo highway in protest, paralysing the city for hours.

“We went on strike, but no one responded. The government doesn’t understand what we are going through,” said Yasser al-Tahawy, a microbus driver.

Another driver, Mohammed Atef, says he is forced to get his diesel on the black market at exhorbitant prices and now finds himself struggling to pay off his debts.

The long waits have prompted anger and even fights, with two people killed and 15 injured recently in the Nile Delta province of Daqahliyah during a fight over diesel at a petrol station.

Some bakeries that produce the “baladi” bread — the main food staple in Egypt — have had to stop working. At the same time, farmers are becoming increasingly concerned over the lack of diesel, which is essential for running their irrigation equipment and combine harvesters.

Oil Minister Osama Kamal said the crisis stemmed for the smuggling of large quantities of diesel to be sold on the black market.

“This is not true,” argued Mohammed Dardiri, who runs a petrol station in the Cairo suburb of Nasr City.

“The quantity we receive has dropped by two thirds. I now get 10 thousand litres instead of 35 thousand. It’s not enough,” Dardiri told AFP.

Egypt imports 40 percent of its diesel and it subsidises petrol, including diesel, at a cost of 70 billion Egyptian pounds ($10.3 billion) each year, which makes up eight percent of the budget.

The country is gripped by a devastating economic crisis, with foreign currency reserves dropping to the “critical level” of $13.5 billion, according to the central bank.

“The essential problem is the Egyptian government’s lack of liquidity to buy diesel because of the foreign currency reserve drop,” said Rashad Abdo, who heads the Egyptian Forum for Economic and Strategic Studies.

Industry professionals told AFP the government has decided to import some diesel in the next few days to help ease the crisis.

“Smuggling accounts for a small part of the problem. The crisis will continue as long as the reserves are so low and that the prices in Egypt are not modified,” said one expert, on condition of anonymity.

Egypt has been gripped by nationwide unrest in the past few months, with protesters taking to the streets to denounce President Mohamed Morsi for failing to address political and economic concerns.

Opponents accuse Morsi of failing the revolution that brought him to the presidency and of consolidating power in the hands of his Muslim Brotherhood movement.