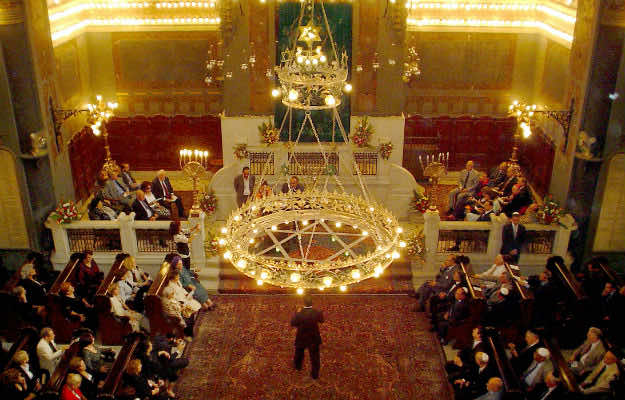 Egyptian security services have banned a film about the Jews of Egypt on the eve of its scheduled release, the director told AFP on Tuesday.

“The film was banned by National Security,” Amr Ramses said by telephone from New York.

The film, which documents the lives of members of the Egyptian Jewish community in the first half of the 20th century, exploring themes of identity and tolerance, was meant to be screened in three cinemas on Wednesday.

“The head of the censorship board said National Security wanted to see a copy and they refused” to have the film screened, Ramses said.

The documentary had already received approval from the censorship board, and Ramses said he planned to take legal action to have the decision reversed.

The trailer had already created a big buzz in Egypt, with so little locally produced material about the Jews of Egypt.

Much of the community left the country after the Suez Crisis in 1956 which saw then president Gamal Abdel Nasser expel Jews who were deemed disloyal to the nation.

Today Egypt’s Jewish population consists of just a few dozen. The community keeps a low profile for fear of being persecuted.