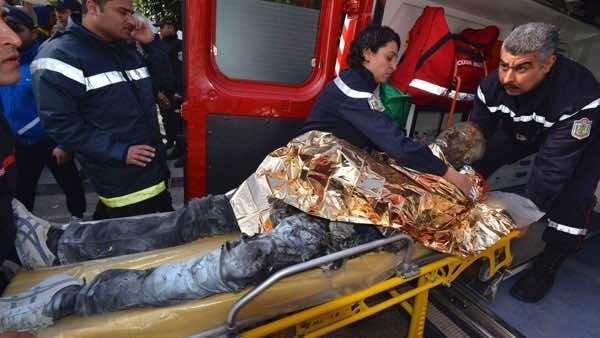 Parliament was preparing on Tuesday to vote on a new government to pull Tunisia out of its long-running political crisis, after an impoverished street vendor set himself alight in desperation over his plight.

Premier-designate Ali Larayedh assured MPs his new team was up to the job, as minds were focused on the immolation of the young man, reminiscent of an incident that sparked Tunisia’s revolution two years ago.

Passers-by rushed to douse the flames but not before 27-year-old Adel Khadri had suffered serious burn wounds. The man was still conscious when the emergency services rushed him to Ben Arous hospital.

Officials said Khadri, from a very poor family in the northwestern locality of Jendoubam, had arrived in the capital a few months ago to look for work. 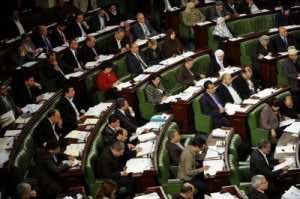 Witnesses quoted him as shouting: “This is a young man who sells cigarettes because of unemployment,” before setting himself on fire on the steps of the municipal theatre on Habib Bourguiba Avenue — epicentre of the uprising that toppled ex-dictator Zine El Abidine Ben Ali.

“His life is not in danger but he has third-degree burns to the head and the back,” emergency services spokesman Mongi Khadhi said.

“He was demoralised. His father died four years ago. He has three brothersand the family is very poor.”

Interior ministry spokesman Khaled Tarrouche said: “He is unemployed and came to Tunis a few months ago. He was very fragile, psychologically broken, and that is why he set himself on fire.”

The number of people committing suicide or attempting to has multiplied since a young street vendor set himself on fire on December 17, 2010, in a drastic act of protest against police harassment.

Mohamed Bouazizi’s death in the town of Sidi Bouzid ignited a mass uprising that ousted Ben Ali the following month and touched off the Arab Spring uprisings.

Economic and social difficulties were the key factors that brought down Ben Ali’s regime and two years since he fled to Saudi Arabia, unemployment and poverty still plague the North African country.

The economy was badly affected by the revolution, which paralysed the strategic tourism sector, although the country is out of recession and posted 3.6 percent growth in 2012.

The unemployment rate is about 17 percent, and is especially high among young graduates.

Habib Bourguiba Avenue is home to cafes where many earn their livelihood peddling cigarettes, flowers or other goods, despite a ban. They have complained of police harassment.

But some like Salem, who sells women’s lingerie, say they have no choice but to defy the rules.

“I will play cat and mouse with the local police and sell my goods on streets as long as I don’t have a steady job. I have a family to feed,” Salem told AFP.

In addition to economic hardships, Tunisia is grappling with a political crisis exacerbated by the murder last month of Chokri Belaid, a leftist opposition leader.

More than two years after the mass protests that toppled Ben Ali, the country is still without a fixed political system due to a lack of consensus between the main parties.

The ruling Islamist Ennahda party is pushing for a pure parliamentary system while others are demanding the president retain key powers.

Parliament met to debate the new cabinet line-up headed by Larayedh, himself a member of Ennahda, but officials postponed the vote until Wednesday morning, speaker Mustapha Ben Jaafar said.

Larayedh said he was determined that his government would serve until year end, stressing his priorities were to organise elections, deal with unemployment and the cost of living.

The new cabinet was formed as part of efforts to resolve the political impasse, which last month brought down the government of Hamadi Jabali.

Lawmakers are also to vote on a timetable for the adoption of a new constitution, with a proposed date to vote on the charter in July and hold legislative elections in October.