Sidi Ifni, Morocco- I do not think that Moroccans usually dare ask themselves if they have the quality of civility or if they appear civilized to the people visiting Morocco. I do not think either that Moroccans care about the image they give themselves or the impressions others have of them. If we are realistic about the comportment of many Moroccans, we must admit that a large number of them still have a long way to go when it comes to civility or to being civilized. 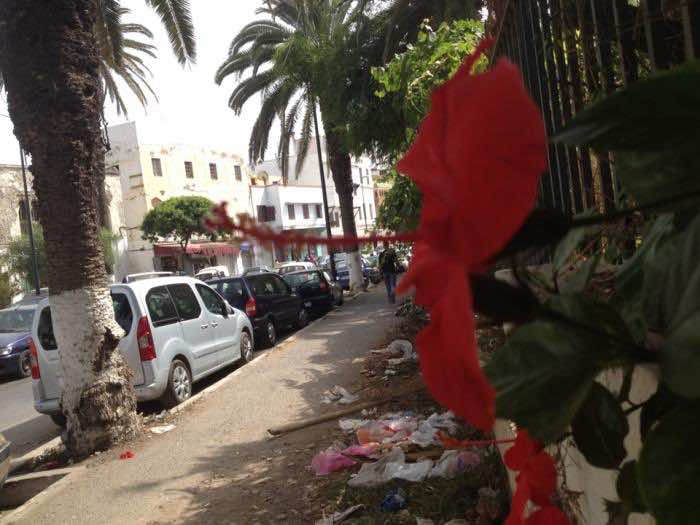 Sidi Ifni, Morocco- I do not think that Moroccans usually dare ask themselves if they have the quality of civility or if they appear civilized to the people visiting Morocco. I do not think either that Moroccans care about the image they give themselves or the impressions others have of them. If we are realistic about the comportment of many Moroccans, we must admit that a large number of them still have a long way to go when it comes to civility or to being civilized.

What I mean by being civilized are Moroccans’ manners when they queue, when they mount a bus, when they talk to their fellow Moroccans, when they drive their cars, when they teach, when they learn, when they treat patients, and so on and so forth. Civility, I believe, is a sign that can distinguish mature people from immature ones and from developed countries from developing countries. Without civility or civilized citizens in a certain country, we cannot talk about values, principles and more importantly development of different forms.

It is a real pity that in Morocco, civility has been growing rarer and rarer. Just looking into Moroccans’ everyday lives would suffice to see its scarcity. If you drive along a street in Morocco, you will hear some drivers shouting at each other for silly reasons, insulting each other, and making a mockery of each other. At many junctions, many Moroccan drivers run the red light and do not give way to pedestrians. Nowadays, being selfish while driving is the norm. Unfortunately, according to the Ministry of Transport and Equipment, 92% of drivers do not abide by stop signs.

As a native Moroccan, I have been to many cities, including Tangiers, El Jadida and Casablanca. Any Moroccan must agree that all forms of crimes are witnessed and committed in these cities. Sometimes, we cannot help thinking of Darwin’s ‘Survival of the Fittest’ with regard to some neighborhoods and areas. Some Moroccan criminals sexually harass, rape, steal, pickpocket, threaten with knives, and beat passers-by. Such Moroccans are not civilized enough to live among civilized poeple. Here, I believe that lack of civility is contagious in that in many homes, uncivilized parents beget uncivilized children. And these uncivilized children for their part go on to spread their disruption among their peers.

Wherever we go in Morocco, from public gardens to doorsteps, we stumble on littered rubbish; we spot trash cluttered in some corners; our eyes sometimes fall on thrown cans and papers next to dustbins. This cluttered rubbish is not necessarily due to the neglect of street sweepers. Rather, many Moroccan passers-by never tire of throwing litter wherever they go. There are even times when some of them do it deliberately and enjoy the act of throwing trash. Moroccans are tempted to throw rubbish when they sit at restaurants, when they go picnicking, when they drive, when they go aboard a boat, when they are on the roof, when they walk in a garden or along the beach and when they are retired to a mountain. Our civility is in danger.

In Moroccan administrations, we should take our turns to have our papers signed or to get a document or a paper.  But, not all Moroccans respect their turns. They are always in a rush and seize every opportunity at hand to take others’ turns. Think of how we take turns at some banks, the post office, pharmacies shops, bakeries. The problem is that so many Moroccans conspire in the spread of the phenomenon. Some bankers themselves give priority to rich clients. Some administrations do not abide by ‘first come, first serve’ when a Moroccan offers a bribe. Because so many Moroccans do not respect each other for who they are, they act less civilized towards each other.

Civility is a universal virtue. It is present in some countries, while it is totally absent in others. Here, it all depends on culture, mentalities and above all education. No one automatically grants civility. We must rather acquire it and evince it in our character. Countless are the instances showing that Moroccans are not civilized. Anyone who has traveled by bus must have observed how passengers treat each other during their journeys. Some passengers take others’ seats despite having their seat number on their tickets. Some late passengers know that they should take their own seat at the back, but they prefer to sit at the front until they are asked to go back to their seat. Before a bus sets out, we must first make noise, argue with passengers, put our luggage in the wrong place, snore to disturb others and talk on the phone noisily.

In many of our life aspects, we feel this void, lack of civility. We are not polite enough to each other. Our children are not taught to respect their teachers, the elderly and their masters. Moroccan men do not respect female passers-by. Some parents do not respect the teachers of their children. Most students do not show enough deference for their teachers. We tell jokes about teachers. Doctors at hospitals treat some patients as if they were objects. Some officials at municipalities and other public administrations treat citizens as though they do them favors. The majority think of street cleaners as good-for-nothing members of the society. Some spit on the ground in anger. Drunkards utter insults at people, be they their neighbors or their friends.

In reality, many factors are due to this rampant occurrence. While some citizens are victims of a deplorable education system, others fall prey to broken-up families. During primary schooling, children are not taught well enough to learn civility. They are not taught to respect, to share, to love and to contribute positively to their community. Students are taught almost nothing about the life outside their comfort zone. At school, they do not learn how to respect road regulations, to board the bus through the front door, to listen to advice, to never misbehave, to never bully their classmates, to love everyone no matter what their color or race is. Our education system has always failed to strike a balance between education and learning.

We usually let the two interfere with each other. Education and learning must, therefore, go hand in hand if we are hoping for civility in our society.

Lastly, gone are the days when civility was a much-cherished virtue. Now, however, civility has become a strange comportment. When some try to be civilized, others doubt their motives, especially because they are no longer accustomed to it. They confuse civility with cunning, with fraud, and with mystery. At a time when civility must be taken for polite behavior, it is now taken for an ulterior motive. This is why we often come across Moroccans holding in high regard those who are uncivilized towards them and those who shrug their shoulders out of disinterest. No one is born with civility. And this same fact is the only opportunity for our society to re-examine its civility and build it for the coming generations before it is too late.