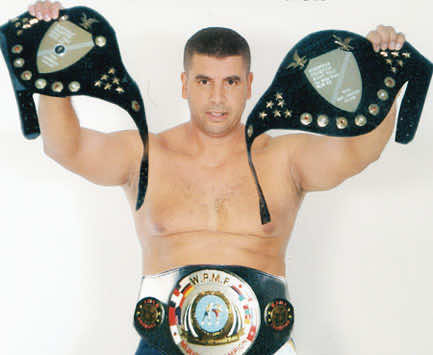 The former world champion in Kick Boxing and Free Fight Hassan Chkirech won against his Dutch rival Bryan Feldman Sunday, March 10th in the Free Fight competition organized under the supervision of the International Mixed Martial Arts Federation in Holland in cooperation with the Mejior Gym Club, Amsterdam.

The Tazi fighters marked a very good participation in the event; three of the four fighters won their fights. The champion Reda Babda managed to seize victory against his opponent with the “triangle” movement.

Ahmed Ben Ahmed, in turn, managed to score a definitive victory while Ali Al-Motawakil lost the fight after he was stopped by the referee.

The former international champion in Kick Boxing and Free Fight Hassan Chkirech expressed, in a statement to Tazacity online news outlet, his deep pride at his “friends’ honorable participation in the tournament.”

He called on the Moroccan authorities to expedite the creation of a Moroccan Free Fight Federation which became a need, especially after their outstanding performance in the last competitions.

After their successful participation, the three Moroccan fighters are invited to represent Morocco in another event in early June in Holland.