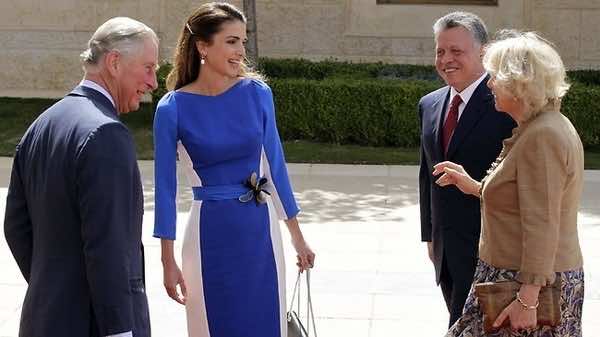 Prince Charles and his wife visited a camp for Syrian refugees in northern Jordan as part of a trip to the Middle East, an official said.

“They were briefed by U.N. officials on the situation (of the refugees),” the official told AFP.

After meeting with “traumatized” Syrian children, the Prince of Wales described the refugees’ plight as “heartbreaking.”

“Many of these children have been traumatized by the horrors of what they’ve witnessed before they got here,” the Independent newspaper quoted him as saying.

The royal couple toured the United Nations-run King Abdullah Park refugee camp near the border with Syria that hosts about 1,000 Syrians who have fled the war in their country, said the Jordanian government official.

Jordan says it is sheltering nearly 436,000 Syrian refugees, including 120,000 at the Zaatari camp, situated in a desert region in the north of the country.

Later on Wednesday, their second day in Jordan, the British prince and duchess plan to visit the northern Greco-Roman city of Jerash, before leaving for Qatar, followed by Saudi Arabia and Oman.

The British Foreign Office said the royal couple’s Middle East visit, which began on March 11 and will run until March 19, is to support women in the region in their bid to gain more rights.

Prince Charles and the duchess will be meeting with the newly appointed female members of Saudi Arabia’s Shura Council.

Saudi Arabia made a breakthrough when it allowed women to enter politics and introduced a 20 percent quota for women in the country’s Shura Council.