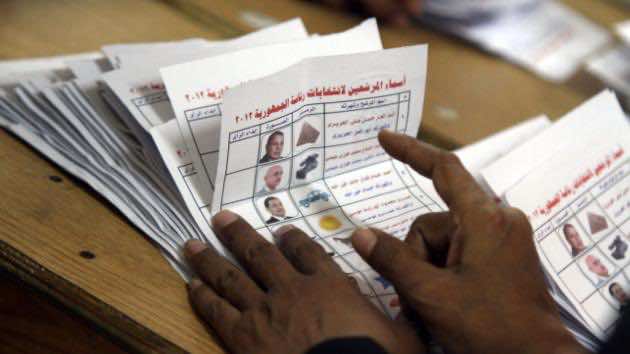 The Egyptian State Lawsuit Authority (ESLA) filed the suit on behalf of the president and the Supreme Administrative Court will examine the case on Sunday, one source said.

On March 6, a lower court ordered the cancellation of the April 22 parliamentary elections because Morsi had ratified a new electoral law without sending it to the top court, as required by the constitution.

The ESLA argued Morsi was acting within his sovereign powers when he ratified the law, arguing that it was beyond the lower court’s jurisdiction to cancel the elections.

Morsi and his Muslim Brotherhood had both issued statements insisting they would not challenge the court’s decision.

Wednesday’s appeal intensifies the ongoing political battle that pits the president and his Islamist allies against a wideranging opposition that believes Morsi has failed to address Egypt’s dire political and economic problems since coming to power in June.

Egypt’s main opposition bloc, the National Salvation Front, had already announced it would boycott the polls — expressing doubts over its transparency — and demanded a new electoral law.

The gulf between the ruling Islamists and the opposition has been growing wider since November when Morsi issued a decree expanding his powers.

The decree was repealed after intense street pressure, but only after a controversial Islamist-drafted constitution was rushed through.

The Brotherhood and its Islamist allies won an overwhelming majority in legislative polls in the winter of 2011-2012 before that parliament was dissolved for irregularities.

The NSF has accused the Brotherhood of wanting to “dominate all the state organs” and reiterated its demand for the formation of a government of national salvation.

The opposition, less organised than the Brotherhood, insists that the president appoint a new government before the elections. The presidency says the new parliament should have the right to appoint a cabinet.