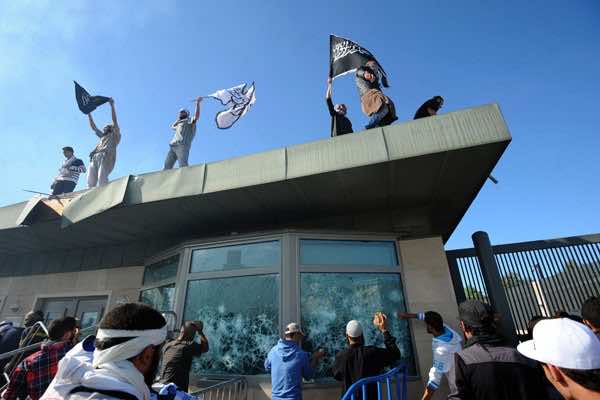 The United States on Wednesday allowed non-emergency staff to return to its embassy in Tunisia after a six-month ban, but warned that the security situation “remains unpredictable.”

In an updated travel warning, the State Department said, “the US embassy in Tunis is no longer on ordered departure status but continues to operate with limited staffing due to security concerns.”

Washington pulled most staff out of its mission in Tunis on September 14 in the wake of a series of violent protests and assaults on its outposts in the Middle Eastand North Africa marking the anniversary of the 9/11 attacks.

The protests in Tunis caused “extensive damage” to the US embassy and a nearby American school was also set ablaze.

The US mission in Benghazi, Libya was the most seriously affected in the regional protests, when militants overran a compound and shelled a nearby annex, killing the ambassador Chris Stevens and three other American staff.

Even though Washington is allowing staff back into the embassy, it warned that because of the unstable security “the ability of US government personnel to reach travelers or provide emergency services may be severely limited.”

There have been “sporadic episodes of civil unrest” and Americans should still avoid large crowds and demonstrations, the State Department advised.