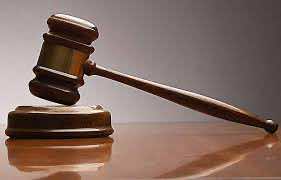 An Algeria court sentenced a former police commissioner to death on Wednesday for murdering a woman colleague and concealing the evidence of his crime, media reports said.

The APS news agency said that after first denying any involvement in the killing, Boutrik was confronted by witness testimony and scientific evidence including on “his relations” with the victim.

El-Watan daily said in its online edition that Boutrik was also implicated in a vast network of alcohol trafficking, and that the murdered policewoman had “irrefutable evidence” of his involvement.

The death sentence was welcomed by relatives of the victim who attended the hearing in a court in Bechar in southwest Algeria.

“This killer deserves to be put to death at once. He killed an adorable girl who was loved by everyone in Adrar,” said one woman outside the courthouse.

Although the death penalty is still o the statute books, Algeria has not carried out a execution since 1993.