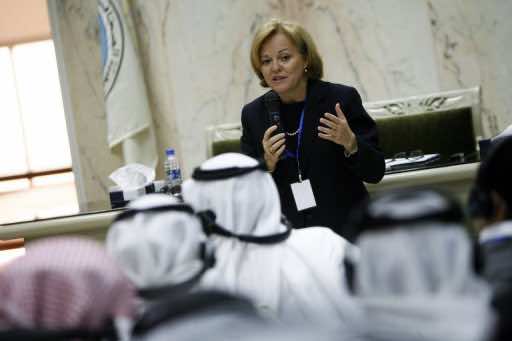 President Barack Obama on Wednesday nominated career diplomat Deborah Jones to be US ambassador to Libya, six months after the killing in Benghazi of envoy Christopher Stevens.

Jones, whose nomination must be confirmed by the Senate, has been with the Middle East Institute, a US think tank, since serving as US ambassador to Kuwait from 2008 to 2011.

If confirmed, she would be inheriting the aftermath of a September 11 attack by Islamist militants on the US mission in Benghazi that claimed the life of Stevens and three other Americans.

The attack on the anniversary of 9/11 set off a political tempest in the United States, with Republicans attacking Obama’s handling of the crisis.

Obama was in the midst of his re-election campaign when the attack occurred.

The State Department later acknowledged security lapses, but the issue has remained a political bone of contention between key Republicans in Congress and the administration.