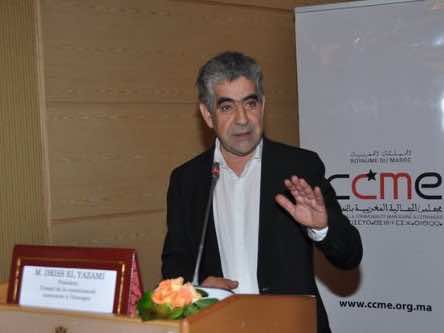 President of the National Council of Human Rights (CNDH), Driss El Yazami, highlighted in Washington the progress made by Morocco in the field of human rights and the strengthening of the rule of law, during various meetings with officials from the State Department, Congress, and with representatives of think tanks based in Washington.

“This visit was an opportunity to highlight the scope of the last thematic reports of the National Council of Human Rights, adopted at the fourth regular session of the council, “said Mr. Yazami in a statement on Tuesday to MAP.

These meetings also provided an opportunity to demonstrate the latest achievements of the CNDH, including reports on detention centers, psychiatric hospitals and prisons, and the report to be released soon on the center for children protection, “said Mr. Yazami, noting that the US officials expressed deep interest in the efforts made by Morocco to consolidate its democratic process. “

“There is also a unanimous appreciation of the role played by the CNDH in the southern provinces,” he said, adding that the Council is making concrete action in this part of the Kingdom and that “no one can now deny  that initiatives in the field of human rights are deployed daily in Dakhla, Laayoune and Tan Tan, among others.”