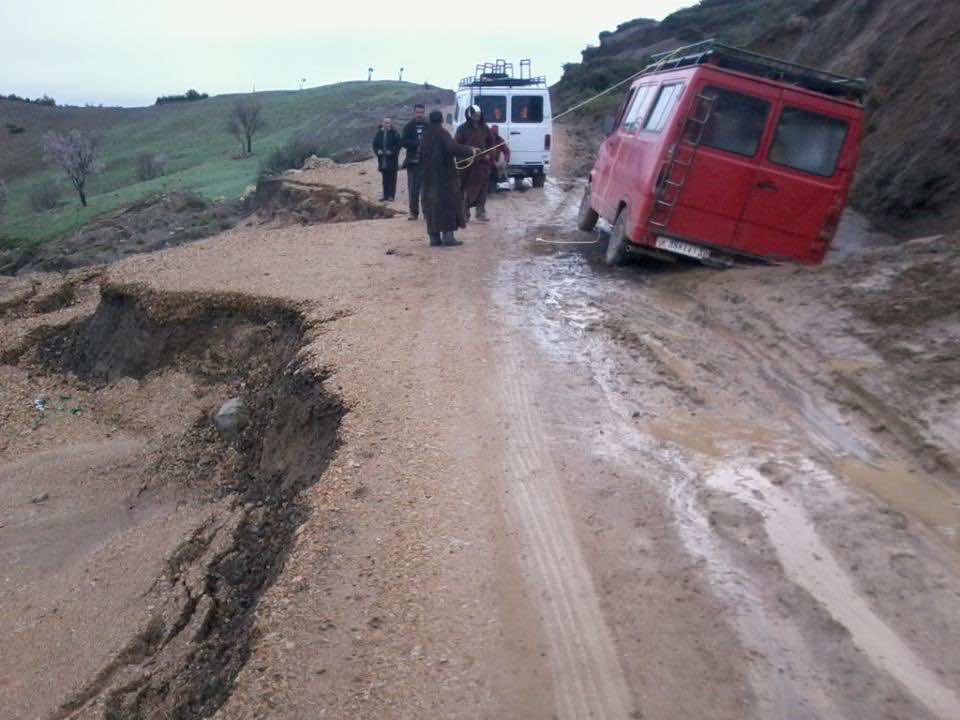 Sixty millions dirhams ($ 7 million) and three years of construction work were not enough to defeat the specter of isolation.

More than three years have passed since the start of construction to pave the road linking the center of Beni Oulid (105 Klms from Fez) and the far-flung Douar of  Tamdah (24 Km from Beni Oulid center) with a budget worth more than sixty million dirhams ($ 7 million).

The project was meant to break the isolation of the remote douars of Tamdah and Mhamdah, yet nobody exactly knows when the construction works in this project will finish.  Even the technical panel erected in Beni Oulid center does not refer to a clear-cut date for the end of works. What seems clear (amidst this ambiguity) for the Oualidi residents in these remote douars is the continuous erosion caused by rain (thankfully) which uncovers the adulterated and faked works. 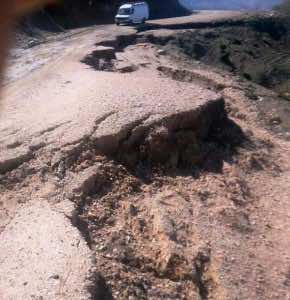 Besides this delay in finishing this project, people have expressed their indignation through a number of protests against the choice of the trajectory of the road which contains a lot of curves and obstacles. The former mayor of Taounate made a field visit to the mentioned road, inspected it and ordered the transfer of its direction but to no avail.

The question that seems beyond answer is regarding the “engineer” who planned that strange path for the road as if his pencil shunned the areas where people concentrate more, which makes the majority of people far from the direct benefit of the road. The correct and useful road-trajectory, people in Beni oulid say, should pass by Alqub – Zayama – Wlad Butin – Wlad Aghazal – Timadghas – Mahamdah – Tamdah instead of the current trajectory which benefits only three or four Douars.

The heavy rain witnessed in the region during this rainy season took its toll on the road infrastructure and returned everything to zero. Much of what has been built during the past three years has experienced severe damaged and many technical equipment that had been built are lost. This means a further increase in cost and the continuing prolongation of the plight of people with an already dilapidated infrastructure that worsens every winter. For all these reasons, citizens in Beni Oulid demand the visit and the intervention of a ministerial committee to investigate the matter of this road and to bring things back to normal.