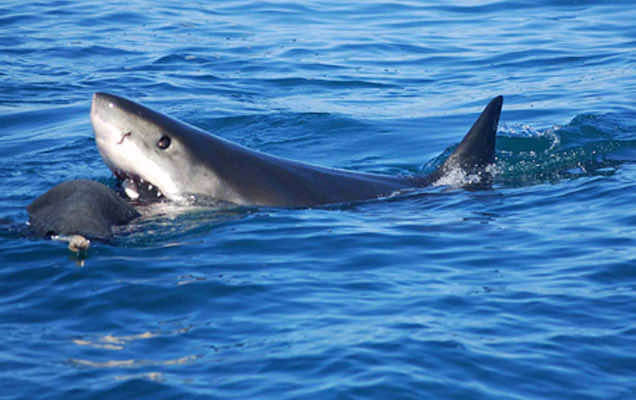 Japan and other pro-shark fishing nations lost a bid to overturn a landmark deal to offer international trade protection for several species of the ocean’s oldest predator.

The decision to restrict exports in the oceanic whitetip shark, the porbeagle, three types of hammerheads and the manta ray won final approval by the 178-member Convention on International Trade in Endangered Species (CITES).

“This is an historic day for marine conservation,” Glenn Sant of wildlife trade protection group Traffic said after the decision at a major wildlife conference in Bangkok.

“Sharks populations are in freefall, but have been thrown a lifeline today — CITES has finally listened to the scientists.”

Rather than a complete ban, countries will be required to regulate trade by issuing export permits to ensure their sustainability in the wild, otherwise they could face sanctions by members of CITES, a global treaty which protects some 35,000 species.

The move was agreed by member states on Monday but required final approval at the meeting’s plenary session.

Opponents including Japan, China and India failed to garner enough support to challenge the earlier decision on the oceanic whitetip and the hammerheads.

The species now join the great white shark, the whale shark and the basking shark, which already enjoy international trade controls. Members have 18 months to introduce the new measures.

“This is a historic moment, where science has prevailed over politics, as sharks and manta rays are being obliterated from our oceans,” said Carlos Drews of WWF.

“This decision will put a major dent in the uncontrolled trade in shark meat and fins, which is rapidly destroying populations of these precious animals to feed the growing demand for luxury goods.”

Humans kill about 100 million sharks each year, mostly for their fins, according to the UN Food and Agriculture Organisation (FAO), and conservationists are warning that dozens of species are under threat.

Ninety percent of the world’s sharks have disappeared over the past 100 years, mostly because of overfishing in countries such as Indonesia, the FAO says.

Shark fin soup was once a luxury for China’s elite, but shark populations have been decimated around the world as the country’s 1.3 billion people have grown wealthier and incorporated it into their festivities.