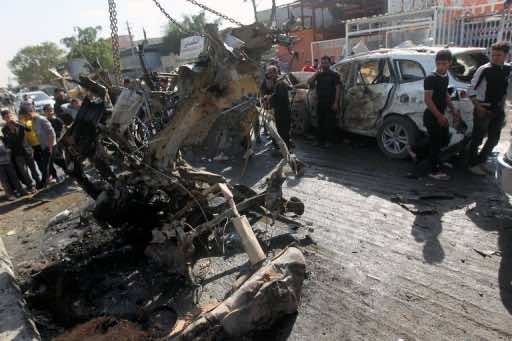 The explosions went off near the foreign ministry, culture ministry and an office of the communications ministry in the Allawi neighbourhood in the centre of the capital at around 1:30 pm (1030 GMT).

It was not immediately clear if there were any casualties, and no group claimed responsibility.

Sunni militants including those linked to Al-Qaeda often target government officials and offices in a bid to destabilise Iraq.

Also on Thursday, a bombing targeted a candidate in Iraq’s upcoming provincial elections, while another was kidnapped along with his father and other relatives north of Baghdad.

A magnetic “sticky bomb” exploded on a car carrying Khaled Hussein al-Daraji, a candidate in Salaheddin province, killing his driver and wounding three nearby workers, though Daraji escaped unharmed.

And a tribal sheikh, Qais Abdul Karim al-Janabi, was kidnapped along with his son, Salaheddin provincial elections candidate Abdul Karim, and five other relatives in Siniyah, north of Baghdad.