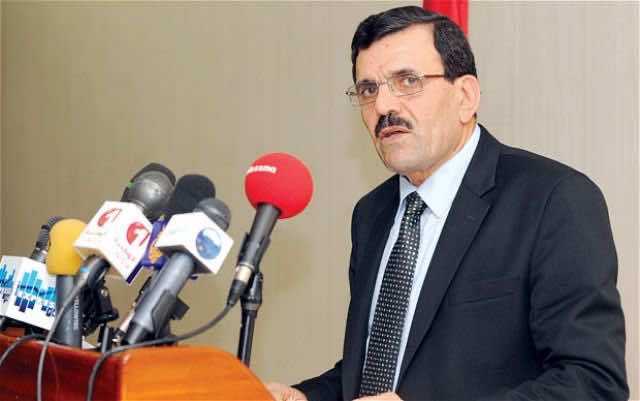 Tunisia’s outgoing premier was to hand power on Thursday to fellow Islamist Ali Larayedh, who takes on the mammoth task of bringing to an end the political and economic crisis gripping the country.

Larayedh was to formally assume the post from Hamadi Jebali at 1500 GMT, a day after winning parliament’s approval for his new government, with Thursday’s funeral of a street vendor who burnt himself to death serving as a stark reminder of the problems it faces.

The new cabinet, an awkward alliance between the dominant Islamist party Ennahda, two secular parties and independent technocrats, was “not entitled to make mistakes,” one Tunisian newspaper warned.

Larayedh’s coalition received 139 votes, or 30 more than needed, in Wednesday’s parliamentary session, which came weeks after Jebali quit following his failure to form a new government in a bid to defuse tensions caused by the assassination of opposition leader Chokri Belaid.

French-language daily Le Quotidien said the new premier’s “intentions are good” but in his policy speech Larayedh “only repeated the desire for slogans and objectives without presenting a specific political programme.”

“The basis and content remain desperately vague… We cross our fingers and wait to see before casting judgement. Perhaps the age of miracles is not yet over.”

La Presse, another daily, said the government had to pull Tunisia out of a “vicious circle,” and must “relaunch investment to create jobs, with unemployment creating the instability in the country that is deterring investors.”

Tunisia is struggling to revive its economy and confront the social woes afflicting it two years after the revolution that toppled ex-dictator Zine El Abidine Ben Ali, with unemployment and poverty still major sources of discontent.

The death on Wednesday of Adel Khazri, 27, after he set himself on fire, has revived the haunting memory of Mohamed Bouazizi, another street vendor whose self-immolation in December 2011 in protest at his precarious living conditions sparked the Tunisian uprising.

Khazri, who was due to be buried at midday in Souk Jemaa, in northwestern Tunisia, had arrived in the capital a few months ago to look for work, officials said.

The revolution badly affected the economy, paralysing the strategic tourism sector, although Ennahda has claimed credit for bringing the country out of recession, with 3.6 percent growth registered in 2012.

Unemployment stands at about 17 percent, and is especially high among young graduates.

Larayedh has promised to resolve the country’s institutional crisis this year, by ensuring the adoption of a new constitution and organising elections, while creating the conditions for an economic recovery and the re-establishment of security.

In a brief interview with AFP on Wednesday, Larayedh said the principle threats facing Tunisia were “terrorism” and social unrest.

“The main danger to national security is terrorism, whether it comes from abroad or from inside the country,” he said, adding that another threat was “social violence fed by politics.”

In addition to economic hardships and the political turmoil caused by killing of Belaid, an outspoken critic of the ruling Islamists, a wave of violence blamed on hardline Salafists has rocked Tunisia since the revolution.

The authorities have accused the radical Islamists for Belaid’s murder and made a number of arrests, but the suspected killer remains at large.

Tunisia, meanwhile, remains without a fixed political system because of a lack of consensus between the main parties, with Ennahda pushing for a pure parliamentary system while others are demanding the president retain key powers.

The National Constituent Assembly is due to vote on a timetable for the adoption of a new constitution, after a proposal was submitted on Monday that the charter be adopted in July, with elections held in October.

But observers are not overly confident that those dates will be met, given previous failures.